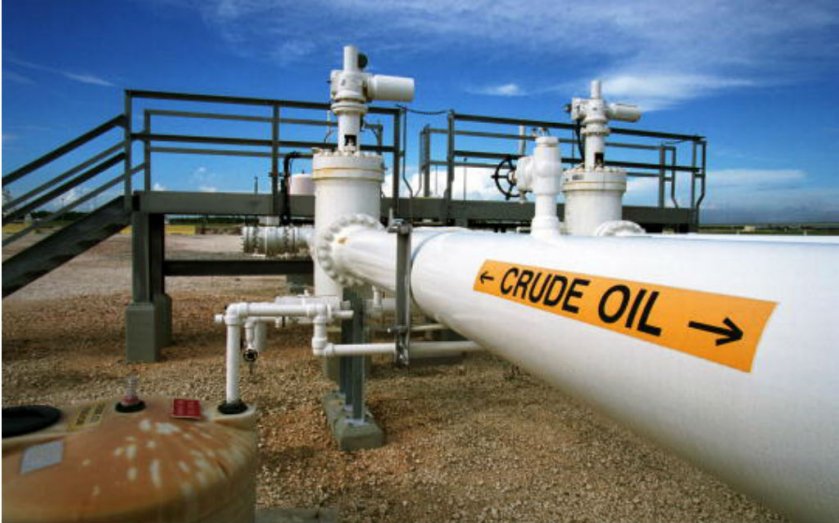 Investing.com -- Oil prices jumped for a third day in a row as OPEC+ announced what was billed as a “deep” production cut, only that the so-called reduction of 2 million barrels per day was even below the 3.5-million-barrel daily shortfall in the group’s previously announced output quota.

Also, with no breakdown of where the reductions would come from — i.e. which countries would be cutting and how they would be doing — the alliance seemed to expect the market to just swallow whatever it spat out, and hopefully do its bidding of sending prices back near the highs of the year.

Predictably, oil bulls did that just, lapping up the party line that came out of the first in-persons meeting in two years of the 13-member Saudi-led Organization of the Petroleum Exporting Countries and its 10 allies steered by Russia.

Combined with the plunge in weekly U.S. crude and fuel inventories reported by the Washington-based Energy Information Administration, or EIA, the OPEC+ news proved more powerful than it might otherwise have been.

Crude prices jumped about $2 a barrel or more within an hour of the OPEC+ and EIA announcements, extending by $6-$8 in all their gains since the start of the week.

But oil wasn’t the only thing rallying Wednesday morning: The dollar and U.S. bond yields were surging as well, recovering ground lost since last week, on stronger-than-expected employment indicators that suggested a robust September jobs report from the U.S. government on Friday. A rally in the dollar and bond yields typically weigh on commodity prices.

Also, President Joe Biden, in a statement issued by the White House, indicated that he would respond to the OPEC+ move by releasing even more oil from the U.S. Strategic Petroleum Reserve, or SPR. The Biden administration has already drawn SPR stockpiles down to their lowest since 1984 and seems game to do more, in a tit-for-tat with OPEC+.

He said OPEC+ was obviously trying to seize back control of the market with the so-called deep cut. But unlike two years ago when it was absolutely transparent on where the reductions would come from, this time it has given no breakdown as yet.

“It’s obvious that OPEC+ has grown increasingly arrogant since the days of the pandemic with its ability to move prices again, no thanks to the sanctions on Russia,” Kilduff said. “Well, not every trader is a fool to gullibly swallow all that the alliance spits out.”

Ed Moya, analyst at online trading platform OANDA, concurred with Kilduff that the market will likely see some extreme volatility in the near term.

“Oil should remain supported here…but upside will be capped well in advance of the $100 a barrel level,” Moya said. WTI’s peak for this year was around $130 while Brent’s was almost $140, both reached a fortnight after the Ukraine invasion and the imposition of Western sanctions on Russian energy exports.

Goldman Sachs, the Wall Street bank that’s often bullish on oil, estimated that under the best circumstances, the real OPEC+ cut would be about 500,000 barrels daily — not 2 million.

But Saudi Energy Minister Abdulaziz bin Salman, the dominating force at the alliance who typically silences any dissent to the kingdom’s plans, seemed irked by suggestions that the OPEC+ cut would underwhelm. At a news conference on Wednesday, the half-brother to Saudi’s king-in-waiting Mohammed bin Salman dismissed a question from Reuters that sought clarification on the cuts and called the Goldman Sachs estimate “false.”

“It's false that [the] real oil cut will be 0.5 mln bpd. Our estimates are 1.0-1.1 mln bpd,” AbS, as the minister is known in oil circles, declared, without any backing for his projections.

The White House indicated that the United States would hit back with more releases of oil from the U.S. emergency stockpile SPR — and find other measures as well — to counter the OPEC+ move.

The Biden administration had worked hard in bringing pump prices of gasoline down from a record high of $5 a gallon in mid-June to average at $3.70 until last week and had no intent in seeing that disappear before the midterm elections due next month, White House insiders said.

“The President will continue to direct SPR releases as appropriate to protect American consumers and promote energy security, and he is directing the Secretary of Energy to explore any additional responsible actions to continue increasing domestic production in the immediate term,” the White House said.

The SPR balance currently stands at under 423 million barrels, the lowest since July 1984.

“Other measures” being weighed by the White House to keep gasoline prices low is a limit on the amount of fuel that can be exported out of the United States.

An Energy Department spokesperson told Reuters on Tuesday that U.S. oil companies were raking in record high profits after Russia's invasion of Ukraine, instead of ensuring that American consumers and allies have a reliable fuel supply at a fair price. The administration is "going to continue to look at all tools available to protect Americans and uphold our commitments to our allies," the spokesperson said.