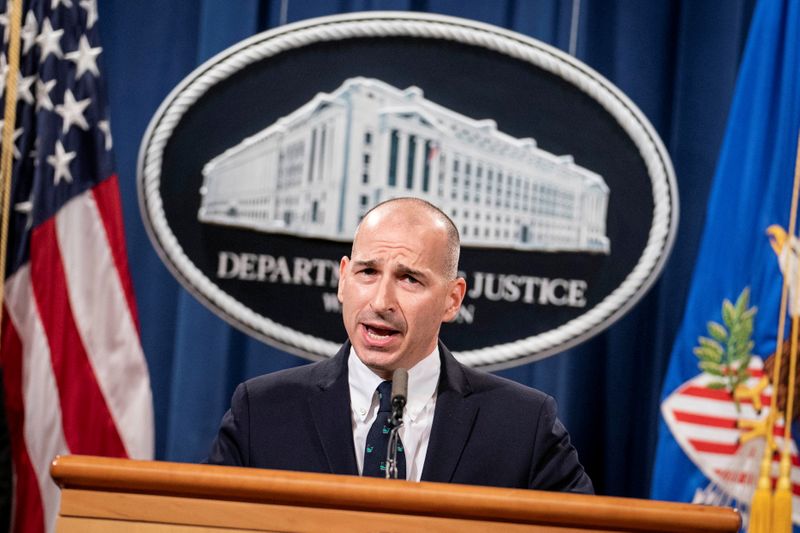 FILE PHOTO: Michael Sherwin, acting U.S. attorney for the District of Columbia, speaks during a news conference at the U.S. Department of Justice in Washington, D.C., U.S., January 12, 2021. Sarah Silbiger/Pool via REUTERS

WASHINGTON (Reuters) - Federal investigators have found evidence that would likely allow the government to file sedition charges against some of those involved in the deadly Jan. 6 assault on the U.S. Capitol, a Justice Department official told CBS' "60 Minutes" on Sunday.

"I believe the facts do support those charges," said acting U.S. Attorney Michael Sherwin for the District of Columbia. "I think that, as we go forward, more facts will support that."

The Justice Department has already filed cases against 400 suspects involved in the assault, but none have yet been accused of sedition, the crime of opposing the authority of the U.S. government through force.

Since announcing a task force to investigate the rioters six days after the attack, Sherwin has said he will pursue sedition charges. So far, most arrested in connection with the riot have been charged with trespassing or assaulting officers, with a smaller number charged with conspiracy to obstruct Congress.