Nucor (NUE) Announces Addition of Michael W. Lamach to the Nucor Board of Directors 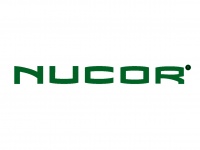 Nucor Corporation (NYSE: NUE) announced today that on August 8, 2022, its Board of Directors elected Michael W. Lamach as a director, effective September 1, 2022.

Mr. Lamach, 59, served as Executive Chair of Trane Technologies plc, a global leader in climate control and climate-focused innovations for buildings, homes and transportation, from July 2021 until his retirement in December 2021. Previously, Mr. Lamach served as Chairman and Chief Executive Officer of Trane Technologies from its separation from Ingersoll-Rand plc in February 2020 to July 2021. Mr. Lamach served in a number of leadership roles with Ingersoll-Rand, including Chairman and Chief Executive Officer from June 2010 to February 2020, President and Chief Executive Officer from February 2010 to June 2010, President and Chief Operating Officer from 2009 to February 2010, President of Trane Commercial Systems from 2008 to 2009, and President of the Security Technologies Sector from 2004 to 2008. Prior to his time with Ingersoll-Rand, Mr. Lamach spent 17 years in a variety of management positions with Johnson Controls International plc. Mr. Lamach currently serves on the board of directors of PPG Industries, Inc. He served as a director of Ingersoll-Rand from 2010 to 2020 and of Trane Technologies from 2020 to 2021. Mr. Lamach also served as Chair of the Board of the National Association of Manufacturers from 2019 to 2021.

"Mike brings to the Board significant leadership, corporate governance, mergers and acquisitions, strategic and operational expertise gained from years of experience as the chairman and chief executive officer of global companies," said Leon J. Topalian, President and Chief Executive Officer of Nucor. "We are fortunate to have him join the Nucor team."

"We are excited to welcome Mike to Nucor's Board of Directors. We look forward to benefiting from his experience and insight," said John H. Walker, Non-Executive Chairman of the Board of Nucor.