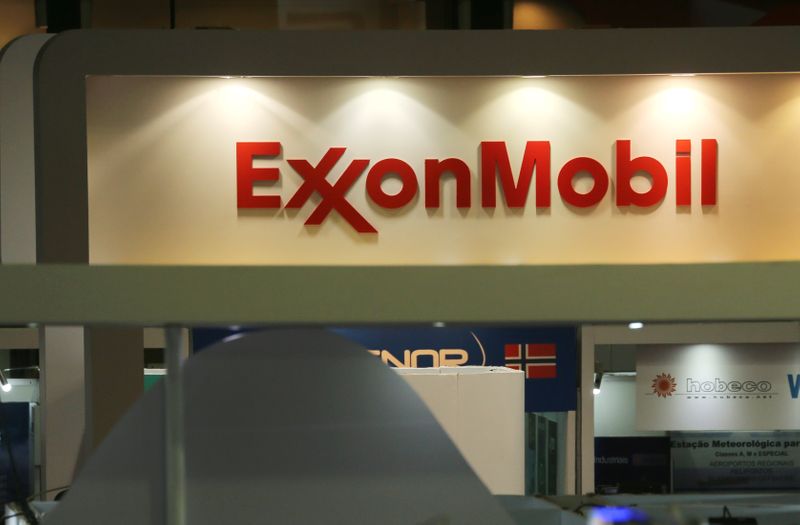 FILE PHOTO: A logo of the Exxon Mobil Corp is seen at the Rio Oil and Gas Expo and Conference in Rio de Janeiro, Brazil September 24, 2018. REUTERS/Sergio Moraes

(Reuters) - Activist investor Jeff Ubben is being considered for a board seat at Exxon Mobil Corp, Bloomberg News reported on Thursday, citing people familiar with the matter.

Ubben's investment firm Inclusive Capital Partners is also discussing taking a stake in the U.S. oil producer if he was appointed to the board, according to the report https://bloom.bg/3tB34G3.

Ubben's talks with the board are going well and he has already won the support of shareholders, including D.E. Shaw & Co., the report said.

Exxon's board is still deliberating and a decision on whether to appoint Ubben could be made in the coming weeks, it added.

An Exxon spokesman declined to comment when contacted by Reuters, while Ubben could not be immediately reached.

The company said it is talking with a number of other board candidates as part of an ongoing "refreshment" process, and will take further action in the near term.

(Reporting by Juby Babu in Bengaluru; Editing by Rashmi Aich)