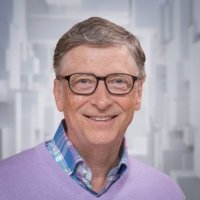 The former CEO and founder of Microsoft (NASDAQ: MSFT), Bill Gates, reportedly quit the companyâs board of directors last year following an investigation into his prior intimate relationship with a female Microsoft employee that was considered to be inappropriate, the Wall Street Journal reports.

The staff member alleged in a letter that she had a sexual relationship with Bill Gates, which prompted the board to look further into the matter. An outside law firm was hired to inspect these claims.

âMicrosoft received a concern in the latter half of 2019 that Bill Gates sought to initiate an intimate relationship with a company employee in the year 2000,â a Microsoft spokesman said.

âA committee of the Board reviewed the concern, aided by an outside law firm to conduct a thorough investigation. Throughout the investigation, Microsoft provided extensive support to the employee who raised the concern.â

For some board members, it made no sense that Mr. Gates continues to act as a director at the tech business giant. He then resigned before the investigation was completed in order to âfocus on his philanthropy.â

A spokeswoman for Mr. Gates said, âThere was an affair almost 20 years ago which ended amicably.â She said his âdecision to transition off the board was in no way related to this matter. In fact, he had expressed an interest in spending more time on his philanthropy starting several years earlier.â

This news comes just a few days after Mr. Gates and his wife Melinda French Gates, announced they were divorcing after 27 years.