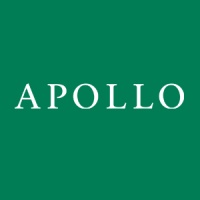 Mr. Simon is one of the worldâs top-performing CEOs with decades of experience in financing, deal-making and real estate. Mr. Simon helped take Simon Property Group public in 1993 and has served as Chief Executive Officer since 1995 and Chairman of the companyâs Board of Directors since 2007. He is a member and former chairman of the National Association of Real Estate Investment Trusts. Mr. Simon will join the board effective June 15, 2021.

In addition to Mr. Simon, four directors from Athene will be added to the Board of Directors of the combined company upon consummation of the Athene-Apollo merger, including Athene Chairman and CEO Jim Belardi, as indicated when the merger was announced on March 8, 2021. Athene directors Mitra Hormozi, Marc Beilinson and Lynn Swann will also join the board of the combined company upon closing of the merger, which is expected in January 2022. Physician and scientist Siddhartha Mukherjee, whose counsel has added great value over the past few months, has informed Apollo that he will not stand for reelection after his term is complete. He will continue to provide advice to the company on technology matters after the completion of his term.

Ms. Hormozi was Executive Vice President and General Counsel of Revlon until 2019 and has served on Atheneâs Board since 2018. Mr. Beilinson serves as Managing Director of Beilinson Advisory Group and has held a variety of executive leadership positions in his career. He is the lead independent director of Atheneâs Board of Directors, of which he has been a member since 2013. Mr. Swann, who joined Atheneâs board in 2020, is the president of Swann, Inc. and a Hall of Fame athlete who was the Athletic Director of the University of Southern California until 2019 and former wide receiver for the Pittsburgh Steelers.

âOn behalf of the Board and the firm, I am delighted that David, Jim, Mitra, Marc and Lynn will be joining the Board. They each bring important experience and industry insight that will help guide the combined companyâs continued growth for years to come,â said Apollo CEO Marc Rowan. âApollo continues to strengthen our industry-leading corporate governance and focus on closing our merger with Athene, which will enhance our ability to serve our clients, including retirees. Each of these appointments underscores our commitment to transparency and oversight as we drive returns for our clients. We are proud to have professionals of their caliber joining our Board.â

Jay Clayton, non-executive chair of the Board, added, âI look forward to working closely with David and the team from Athene as we drive our strategy and continued corporate governance enhancements. Their impressive backgrounds and industry insights will lend invaluable perspective as we execute on our strategy for the future, continuing to differentiate Apollo in the marketplace and deliver for our clients and shareholders.â

These changes to the Board of Directors are the latest in a series of corporate governance enhancements underway at Apollo which include empowering the full board of directors to retain authority to govern the business by amending its current charter to eliminate the special governance rights provided to the Executive Committee. The conflicts committee of the board has also approved changes that will result in a simpler, more transparent corporate structure, with a single class of common stock, and âone share/one voteâ to ensure that the voting rights of shareholders align with their economic interests. The conversion is expected to be completed in January 2022, at the time the Athene merger is expected to close.

The enhancements build on Apolloâs progress to-date to expand its shareholder base, including converting from a publicly traded partnership to a corporation in September of 2019 and securing inclusion on the Russell 1000 index in June of 2020. Completion of these additional changes is expected to make Apollo eligible for inclusion on the S&P 500. The completion of the corporate governance changes and related transactions are subject to regulatory and shareholder approvals.