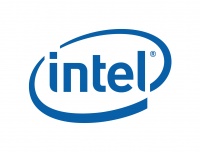 Analysts are cautiously bullish heading into Intel's (NASDAQ: INTC) third quarter 2015 earnings report on Tuesday after the close. The three key areas to lock in on are PC Demand, data center growth and the Altera deal status, any one of which could improve Intelâs fortunes. The call is scheduled for 5 PM. Dial in: 877-303-7005, pc: 42216833

Analysts on average are looking for EPS of $0.59 on revenues of $14.22 billion, representing a decline of 10.6% and 2.6%, respectively, year-over-year. Over the past year, Intel has beaten or met its EPS consensus in each of the last four quarters with an average EPS beat rate of 6.3%, according to data at EPS Insider. The stock has seen an average 1-day move following earnings of +1.5% during this time frame.

Since Micron's earnings beat / guide down on PC weakness, analysts appear to have digested the weakness and have constrained expectations for near term results. RBC for example is now modeling a 12% decline in total PC shipments year over year. While this number looks terrible on its own, the analyst focuses on the improvement from prior quarters. However, with Skylake shipping since early September, there is the possibility that revenue from channel fill will more than offset the impact from Broadwell inventory drawdowns. This is especially important considering that Broadwell's ASPs are lower than Skylake's.

Data Center growth is the key top line driver for Intel. At the company's August data center day, management reiterated its growth estimate of 15% for 2015 which implies acceleration into the end of the year. The Data Center group has grown to half the size of the Client Computing group but with a much higher growth rate as well as higher margins.

Although unlikely to drive growth, Intelâs mobile business could have a large impact on profitability. The wishful scenario would be for Intel to announce one or more high volume design wins that could get the business unit closer to profitability.

Besides internal growth drivers, the outstanding Altera (NASDAQ: ALTR) acquisition could contribute meaningfully to growth and profitability in 2016. On October 6, 2015 ALTR announced overwhelming approval for the pending merger with INTC. INTC expects the acquisition to close over the next one to two quarters and analysts are expecting $0.05 of accretion in the coming year. This seems to be a conservative estimate based on $100 million of synergies per quarter.