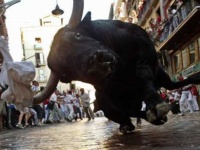 Baird analyst Ben Kallo is out defending Tesla Motors (NASDAQ: TSLA) following two competitor downgrades over the past two days. Kallo reiterated his Outperform and price target of $335, saying they would use recent weakness in shares as a buying opportunity.

"We believe recent downgrades are driven by analysts âtaking chips off the tableâ after TSLA has gained ~20% YTD and ~45% off of its March lows," Kallo said. "That said, we believe this is the wrong time to pull money out of the stock with the upcoming launch of the Model X and Q2 results, which should provide an update on the business."

He added, "We believe recent downgrades, which have been largely valuation driven, do not fully value the Model X launch. The launch of a the Model X will increase TSLAâs brand value and help solidify TSLA as a long-term investment as this will be the third electric vehicle successfully launched by the company. Additionally, there are several catalysts ahead, including additional details about the storage demand (which should be provided on the Q2 call), construction milestones and production announcements at the gigafactory, and the release of details about the Model III (prototype expected in March)."