What Does 4 Billion Streaming Hours Mean for Netflix (NFLX)? Analyst Breaks It Down 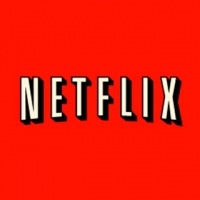 Janney Capital analyst Tony Wible weighed in on Netflix (NASDAQ: NFLX) after CEO Reed Hastings noted on his Facebook page Thursday that the company had streamed over 4 billion hours of content during the first quarter of 2013.

This stat from Netflix is a significant positive, says Wible, and compares to 1 billion hours streamed in June 2012. According to the analyst, the data will: 1) will build confidence around NFLX's terminal sub base target; and 2) suggests originals can help reduce churn and/or improve gross additions.

"The new streaming statistics could imply 1.28 hours (77 minutes) of daily streaming by each subscriber, based on our estimate for the average number of streaming subs globally (36.4 million ending 1Q13 subs)," the analyst notes. "This is a 4.8% increase over the 73 minutes implied by the June streaming hours. Greater usage should lower churn and may encourage more investment in content."

On subscribers, Wible said assuming subscribers have not changed their viewing patterns, 4 billion hours streamed implies NFLX ended the quarter with 39.75 million global streaming subs, or well above their 36.4 million estimate. This however is not very likely, the analyst said, as he suspects viewing hours were a bigger driver. That said, the disclosure leads them to believe that Netflix will hit or slightly exceed the high end of its sub guidance. "While many of these subs will likely be free (not lift revenue), an improvement in net additions should increase the streetâs view on the size," he said.

Wible suspects the streaming hours were driven by a combination of additions and viewing trend. "The data helps support our view that originals are a means to reduce SAC, and it will be interesting to see if the company is essentially shifting marketing spend to fund originals."

The firm maintained its Buy rating, estimates and $190 price target on Netflix.

In support of his Buy rating, Wible comments: "We maintain NFLX at BUY, as we believe the company will benefit from a reduced float that will amplify improving fundamentals. The DIS deal and broadband partnerships are changing how Studios, MSOs, and investors approach the company. Furthermore, the negative sell side sentiment, cost control (for existing content), and a potential price increase create a compelling risk/reward. The acquisition of new content should increase NFLXâs sub base and may ultimately discourage competition, which has not yet materialized to the extent that it poses significant near-term risk. While we still believe NFLX' earnings growth will be subdued in the foreseeable future, in part due to international expansion costs, we believe investors will increasingly look past this and value the company on its longer term growth potential, implying that a higher multiple can be sustained.