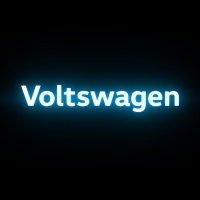 VW (OTC: VWAGY) doubled down on its commitment to EVs by taking the bold step of changing its U.S. brand name to "Voltswagen" - note the 'Volts' instead of 'Volks'.

"More than a name change, âVoltswagenâ is a public declaration of the companyâs future-forward investment in e-mobility," the company said in a statement. "By definition, Volts are the derived units for electric potential between two points. The new name and branding symbolize the highly-charged forward momentum Voltswagen has put in motion, pursuing a goal of moving all people point-to-point with EVs."

"We believe the name change underscores VW's clear commitment to its EV brand and massive EV endeavors over the coming years," Wedbush analyst Dan Ives commented. "VW is doubling down on its EV initiatives for the next decade as the European auto stalwart unveiled its plans to build six "gigafactories" in Europe by 2030 with a total production capacity of 240 gigawatt hours per year."

VW is already projecting it could deliver 1 million electric vehicles in 2021, which would pass the ~750,000 expected by Tesla (NASDAQ: TSLA).

Ives also thinks VW is the most likely EV partner for Apple (NASDAQ: AAPL) the iPhone-Maker goes through the "EV dating game". He said it is likely Apple picks its strategic EV partner by the summer timeframe for the Apple Car.