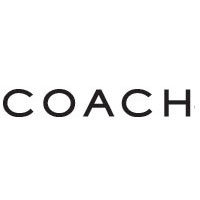 Morgan Stanley downgraded Coach (NYSE: COH) from Equalweight to Underweight with a price target of $32, implying downside of 12%. Analyst Kimberly C Greenberger said analysis suggests its "turnaround" is being achieved in an unhealthy manner.

"Our definition of a turnaround is sales growth with stable margins or stable sales with margin improvement, however Coach has not proven it can deliver either of these," said Greenberger. "Promotional activity in the outlet channel steadily increased throughout the fiscal year, concurrent with improving comps."

Greenberger added, "International gross profit and operating income dollars are growing +L-MSD, but investors are paying for a North America turnaround, not an international one. We do acknowledge there appears to be a genuine full price turnaround in the North American full price channel, with positive comps and lower discounting levels, however at no more than ~20% of total global revenue, it is unfortunately not big enough to matter."