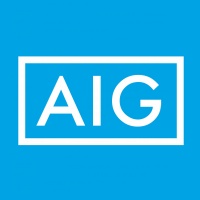 The analyst reiterated the Overweight rating, stating "Our revised overall $52 PT equates to ~0.9x 4Q20 BVPS (excluding AOCIand deferred tax assets). This is in line with the shares' long-term average, but below the average (1.0x) excluding Covid period." The two key components of the PT include:

The General Insurance (P&C) segment, which is valued using a 1.2x P/B multiple, in-line with closest peers (CB, TRV). The analyst stated "Significant changes in the segment have positioned it to take better advantage of current hard pricing market than peers. We see more margin expansion, and an ROE approaching 10% this year. Additionally, regression of P/B vs. ROE suggests a 1.2x multiple is fair."

AIGâs life unit , using a bear-bull spread of $7.9-13.9b averaged to $11.5b ($13/shr). The analyst stated "we value thecompany as if it were spun out of AIG, similar to what happened when Brighthouse was spun out from MetLife"