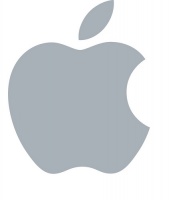 Citi Auto Manufacturers analyst, Itay Michaeli, offered some context about Apple (NASDAQ: AAPL) moving forward with its self-driving technology and targeting a 2024 launch of its own passenger vehicle. Key points surrounding the announcement include:

1) Apple plans to use its own battery tech design, which aims to âradicallyâ reduce costs and increase range

2) Start of production might get pushed to 2025 or beyond due to pandemic-related delays this year. It is also possible that instead of selling an Apple-branded car, Apple might choose to integrate its AV-tech with a vehicle made by a traditional automaker;

3) The Apple vehicle is likely to feature multiple LiDARs, with Apple having held talks with LiDAR suppliers while also contemplating building some of its own sensors

4) It is expected that Apple will rely on a manufacturing partner to build the vehicle.

Apple analyst, Jim Suva, offered insights into the impact on the company stating "Apple conducts R&D in many areas, and while we are not surprised to hear the media once again discuss Project Titan for autos, we are very skeptical that Apple will actually produce a car, as auto sector profitability is much lower. Rather, we believe the outcome of this is likely a further push by Apple of its operating system into consumer and enterprise markets (Appleâs CarPlay coupled with Appleâs cloud and analytics)".