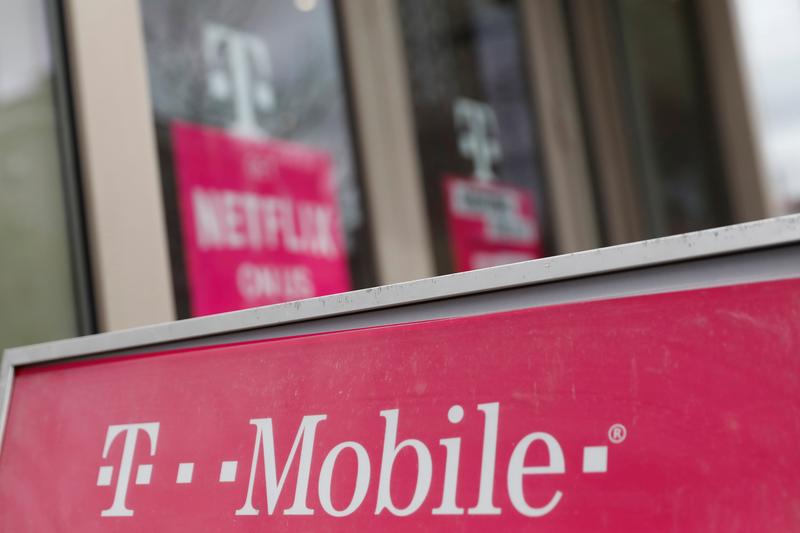 TMUS reported net income of $978 million or $0.78 per share to beat the Streetâs consensus of $0.53 per share. Sales came in at $20 billion, again higher than the $19.34 billion expected from market analysts.

âStellar postpaid customer gains and industry-leading service revenue growth translated into industry-best growth in profitability and cash flow, and drove another beat and raise quarter â all fueled by unprecedented synergies that only T-Mobile can deliver,â said Mike Sievert, CEO of T-Mobile.

âAs we capitalize on our 5G leadership, itâs increasingly clear that our unmatched network, outstanding value and customer-centric experiences are setting the Un-carrier apart from everyone else.â

T-Mobile said it added 627,000 postpaid phone net additions and postpaid accounts of 349,000. Sievert said the company is clearly benefiting from the 5G network as the total number of subscribers soars to 104.8 million.

âOur 5G network creates a platform for growth beyond core wireless, and we are focused on helping customers realize value from emerging technologies such as private networks and mobile edge compute, which are exciting potential upsides to our plan. We're already in trial programs with major enterprises in these areas, including 12 of the Fortune 50, even though we don't issue empty press releases about it every week,â CEO said.

As a result, RBC analyst Kutgun Maral upgraded shares of TMUS to âOutperformâ from âSector Perform,â citing yet another beat and raise amid continued to demonstrate impressive execution. A new price target of $180.00 per share (up from $133.00) reflects a compelling growth outlook.

âWhile TMUS has long been our preferred pick among wireless operators, we have been concerned over elevated wireless competition as well as merger integration uncertainties and spend pressures. We now have increased confidence in the long-term sustainability of the recent operating and financial momentum as management drives continued subscriber traction with its network strength and taps into evolving market opportunities across rural areas, large enterprise and government sectors, and home broadband. We acknowledge the stock has already had a strong run and that the story is already well appreciated (and admittedly âcrowdedâ), but the credible growth outlook and path to meaningful buybacks are too compelling for us to remain on the sidelines,â the analyst said in a note sent to clients.

Truist analyst Greg Miller praised improving operating momentum from the company and raised the price target to $175.00 per share from $150.00 on the Buy-rated stock.

âOperating performance exceeded all expectations with strong core subscriber growth, better churn, revenue, better EBITDA, better merger related synergies, and better than expected cash flows that pave the way a meaningful capital repatriation program. With such strong operating momentum, we are once again increasing estimates and believe we will again before year-end,â Miller wrote in a memo.

Despite a beat-and-raise, shares of the company are trading 1.4% in the red in pre-open Friday.