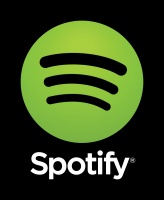 Spotify reported 422 million monthly active users in the first quarter, up 19% YoY and above the consensus projection of 417.1 million. The number of premium subscribers totaled 182 million in the period, up 15% YoY and in line with the estimated 182.7 million.

The average revenue per user (ARPU) stood at â¬4.38, above the expected â¬4.26. SPOT reported EPS of â¬0.21, compared to the loss per share of â¬0.25 in the same period last year. Operating loss stood at â¬6 million, compared to the profit of â¬14 million in the year-ago quarter and an estimated loss of â¬60.7 million.

The company reported a gross margin of 25.2%, compared to 25.5% in the same period last year and in line with the consensus estimates.

For Q2, Spotify expects â¬2.8 billion in revenue, also in line with analyst estimates of â¬2.82 billion. The company expects to report 428 million MAUs, matching the estimated 428.1 million. It expects a total of 187 million premium subscribers in Q2, below the consensus projection of 189.4 million.

The gross margin is expected to be 25.2%, compared to the analyst consensus of 27%.

The Stockholm-based company expects its user choice billing agreement with Google to launch later in 2022.

Wells Fargo Securities analysts are more bearish as they maintained an Underweight rating and a PT of $153.00 per share.

WF said that the best part of the report was average revenue per user growth, âwhile the most worrying item was the Q2 margin guide.â Analysts noted that a move lower in shares âonly made sentiment more critical of the business model with the margin outlook being the fulcrum for the shares to rebound.â