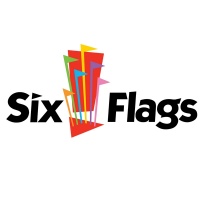 Commenting on the speculation today, Stifel analyst David Katz said given the fact that Six Flags was willing to acquire Cedar Fair at a higher valuation back in 2019 it could revisit its past offer, even though the board and management have largely changed since that time.

Katz said Six Flags could reasonably acquire Cedar Fair at $60-$80/share, which assumes a leverage ceiling is 4.5X,
a mix of stock at $35, and debt assumption that leaves the value of SIX at $47-$57/share. The analyst highlights that the current Six Flags CEO, Selim Bassoul, in his past leadership positions at MIDD has been an active acquirer of roll-up opportunities. Further, the analyst highlights that the geographic overlap between the companies is limited to four of Six Flags' 19 markets.

In addition to being a buyer, Katz thinks Six Flags could also make sense as a seller. "On a comparative, normalized basis, SIX EBITDA margins have ranged between 36%-38% and are expected to be 36.5% according to our estimates," Katz notes. "This compares with FUN, which has ranged from 33%-36% and more noteworthy, SEAS at 40%-42%, according to current consensus, which suggests there could be profit opportunities within SIX as a target." Overall, however, the analyst sees the Six Flags as more of a buyer than a seller and he continues to like the stock.

Six Flags has not commented on rumors it could again be looking at Cedar Fair.