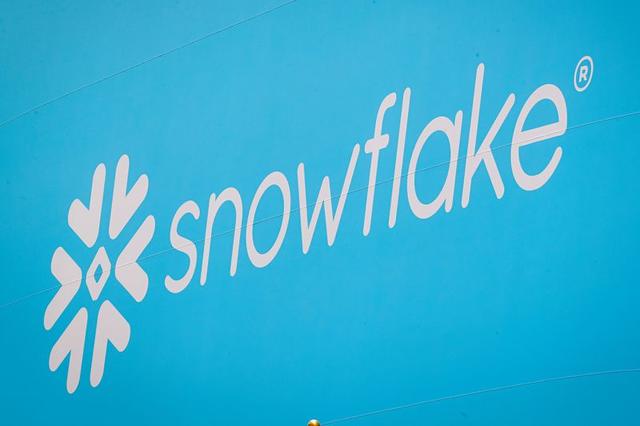 Shares of Snowflake (NYSE: SNOW) are up 1.2% in pre-open trading Thursday despite the cloud-based database-software company reporting a bigger-than-expected loss for the fourth quarter to end January 2021. Revenue easily topped estimates, prompting an upgrade at Deutsche Bank which is positive on the outlook and the elimination of the dual-class share structure.

Revenue came in at $190.5 million, a rise of 117% compared to the same period last year, to beat the $178.5 million expected from the Street. The company now has 4,139 total customers and 77 customers with trailing 12-month product revenue greater than $1 million, it said in a statement.

âRemaining performance obligations showed a robust increase year-on-year, reflecting strength in sales across the board. Coupled with this rapid growth, we saw improving operating efficiency while expanding our footprint globally. These results indicate that customers across multiple industries rely on the Snowflake Data Cloud to mobilize their data and enable breakthrough data strategies.â

For the new fiscal year, SNOW is expecting a product revenue to exceed the $1 billion mark ($1.00 billion to $1.02 billion), in line with the Streetâs consensus of $1.01 billion. A midpoint of the companyâs Q1 product revenue guidance of $195 million to $200 million, came in higher than the average estimate of $196.3 million.

Furthermore, SNOW said it is removing its dual-class structure that had been in place since the IPO debut in September.

Deutsche Bank analyst Patrick Colville upgraded SNOW to a âBuyâ from âHoldâ and raised the price target to $300.00 per share from the prior $270.00, citing a better risk/reward and a bullish long-term outlook.

âWe see Snowflakeâs growth as suggestive of a very large TAM and a clear product market fit. RPO rose 213% in 4Q, and supporting metrics such as logo adds and customers with >$1m product revenue all trended up and to the right, suggestive of continued momentum. We remain bullish on the long-term outlook of Snowflake given positive feedback in our industry checks,â the analyst wrote in todayâs note sent to clients.

âA further sweetener is that Snowflake announced that it has eliminated its dual class share structure (effective as of March 1st). We see this is a positive as it removes corporate governance concerns, and allows for potential future inclusion in large indices such as the S&P 500.â

Unlike Colville, Morgan Stanley analyst Keith Weiss left the âEqual-weightâ rating unchanged but raised the PT to $270.00 per share from $265.00 on strong product revenue growth.

âWhile the business appears to be firing on all cylinders and the software spending environment looks increasingly positive as we progress into CY21, the forward outlook from Snowflake again remains unchanged (albeit looking for solid 81-84% growth). In a pure consumption model, investors don't have a base of recurring revenues or billings to look at as indicators of forwards growth, putting more onus on the revenue guide to provide indications about the growth trajectory ahead.

âThe lack of upward revisions versus very high investors expectations for SNOW may leave the shares marking time, as the company grows into its multiple,â she said in todayâs note.