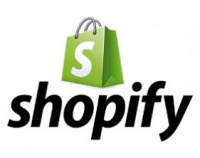 Despite widely-acknowledged concerns surrounding ecommerce growth, Malde says the company is “a market leader in product innovation, which helps the platform continue taking share of ecommerce volumes and increase its take rate over time.”

The analyst sees the ecommerce sector reaccelerating as secular tailwinds return as the primary growth driver.

“GMV estimates are now seemingly more conservative for Shopify than most peers, so we now see upside to consensus following the recent reset. Valuation remains relatively high but no longer assumes success of SFN, in our view,” Malde said in a client note.

The analyst also sees “reasonable” estimates for PayPal (NYSE: PYPL), supportive valuation with EPS growth likely returning to about 20% in 2023.

“We are slightly ahead of the Street on revenue, below on gross profit due to the Braintree mix shift, but slightly ahead on EPS given the increasing cost discipline and see ~20% EPS growth as realistic in 2023. Valuation remains attractive compared to its history, and we remain Overweight,” the analyst added.

The price targets on Shopify and PayPal are $46 and $120, respectively.