Ross Stores (ROST) Collapses 28% After Cutting Guidance, Analyst Says It May Take a Few Quarters Before Shares Can Recover 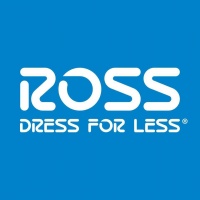 Shares of Ross Stores (NASDAQ: ROST) are down more than 27% in premarket trading after the department store chain trimmed its full-year guidance.

The company reported a total location count of 1,951, up 1.5% quarter-over-quarter, and in line with the estimated 1,953 locations. Ross Stores reported $2.67 billion in merchandise inventories, while analysts were expecting $1.71 billion.

Lower margins are âreflecting the deleveraging effect from the same store sales decline combined with ongoing headwinds from higher freight and wage costs that began rising in the second half of 2021,â the company said.

"Given our first quarter results and today's increasingly uncertain macro-economic and geopolitical environment, we believe it is prudent to adopt a more conservative outlook for the balance of the year.â

ROST is also forecasting comparable store sales to decline 2% to 4% versus a 13% gain in fiscal 2021.

Telsey analyst Dana Telsey downgraded Ross Stores stock from Outperform to Market Perform with a price target of $80.00 (from $145.00).

âWhile FY21 marked a strong recovery year for ROST, FY22 is off to a more challenging start with both sales and earnings coming in below expectations in the first quarter as execution missteps were exacerbated by ongoing macro and geopolitical headwinds. With challenging visibility to a timeline of improved performance, we are downgrading our rating,â Telsey said.

Morgan Stanley analyst Kimberly Greenberger remains Overweight-rated on ROST shares and said she expects shares to trade in a penalty box after an âunexpected miss.â

âThe 1Q miss & FY guidance cut caught investors offsides, sending the stock down 20%+ AMC. While an extreme move, the stock may struggle to rally from here until there are signs of performance acceleration, which may take a few quarters,â the analyst wrote to clients.