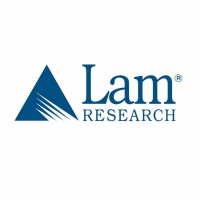 Nvidia (NASDAQ: NVDA) and Advanced Micro Devices (NASDAQ: AMD) recently disclosed that the U.S. government notified them about the requirement to obtain a special license to export high-performance AI chips to China (including Hong Kong), and Russia.

For Morgan Stanley analyst Joseph Moore, the new Reuters report will only increase uncertainty on sentiment, although he believes it is unlikely that “we will see incremental large impact from these issues.”

Citi analyst Atif Malik adds that he “would not be surprised to see China domestic memory projects and DUV litho tools added to the restriction list as US government reaches out to foreign allies to lobby them to enact similar policies.”

UBS analyst Timothy Arcuri, on the other hand, played down the importance of Reuters’ story, although he acknowledges that there might be more to come from the U.S. government in this aspect.

“If the DoC placed more direct bans on YMTC – one of the most successful domestic Chinese chipmakers, we think representing >10% of revenue for LRCX and mid to high single digit revenue for other US suppliers,” Arcuri said in a client note.

The analyst also reflected positively on Nvidia as he believes the chipmaker “may be able to sell older SKUs to work around much of the $400MM A100 sales into China highlighted in its recently filings.”