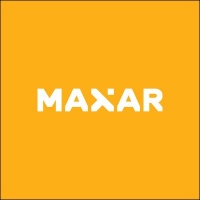 A price target of $50.00 per share implies a 47% upside compared to the closing price yesterday. Sharpe expects revenue growth to accelerate ahead of the planned “WorldView Legion” constellation that begins to come online later this year.

“Maxar plans to begin launching its new WorldView Legion satellite constellation late this year. These satellites will fill unmet demand and we expect them to contribute ~10% revenue growth by 2023. Investors are meaningfully discounting the program given recent changes to its launch schedule. The DoD has assigned a DX rating to the program that officially makes it a top national security priority and should go a long way toward accelerating the program. We believe further delays are likely to be limited,” Sharpe said in a note to clients.

MAXR serves both government and commercial customers through the provision of imagery and communication services and products. Sharpe also expects margins to follow revenues and improve amid a rebound in the satellite manufacturing business.

“The Space Infrastructure segment has been under-earning, with losses in both of the last two years. Several changes, including within the leadership team and facility rationalization alongside the conclusion of a forward loss program should return the business to profitability. Peer margin levels are attainable by 2023 and assuming margins at Earth Intelligence consistent with history, ~5 points of expansion (to ~28%) can be expected over the next two years,” the analyst adds.

The analyst also sees an end to a move lower in shares after the delay of WorldView Legion. The price target is a ~15% discount off the broader group at ~13x. Organic growth is the most significant driver of the multiple and correlation analysis alongside a discount for historical performance and leverage imply a range of 10-11x,” the analyst explains.

Shares of the company are up 3.6% in pre-open Friday.