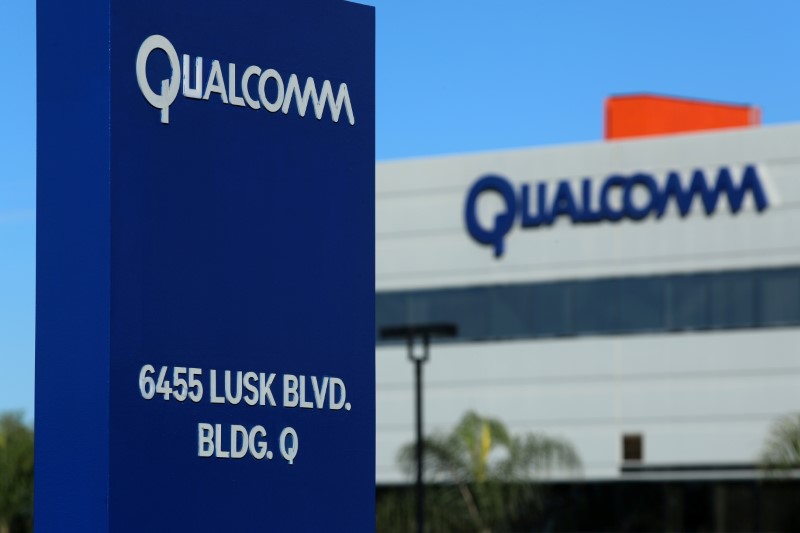 Shares of Qualcomm (NASDAQ: QCOM) is down 6.5% lower in pre-open trading Thursday after the company recorded weaker-than-expected results for the first quarter to December 27.

QCOM said it earned $2.17 per share to beat the $2.10 estimate from Wall Street analysts. Revenues for the quarter were reported at $8.23 billion to miss on the $8.27 billion estimated from market analysts.

âWe delivered an exceptional quarter, more than doubling earnings year-over-year due to strong 5G demand in handsets and growth in our RF front-end, automotive and IoT adjacencies, which drove record earnings in our chip business. We remain well positioned as the 5G ramp continues and we extend our core technology roadmap to adjacent industries,â said Steve Mollenkopf, CEO of the company.

The companyâs officials confirmed that the industry is facing serious supply constraints.

The current chief Mollenkopf told Reuters that âif we could make more, we could sell it.â

For the current quarter, QCOM is projecting sales to come between $7.2 billion and $8 billion - higher than what the market expected.

Morgan Stanley analyst Joseph Moore lowered the price target on the Overweight-rated stock to $167.00 from the prior $171.00 after witnessing âdisappointingâ earnings and a âcomplicatedâ quarter, overall.

âA complicated quarter with many puts and takes - but the bottom line is that despite March upside, EPS comes down slightly for the year, vs optimistic expectations, despite substantial strength in chipsets. That is disappointing given the optimism in the business,â Moore wrote in todayâs note.

âThe momentum of the chip business is very clear, both from the standpoint of a strong handset supply chain, and from the standpoint of Qualcomm specific content gains as the market transitions to 5G. We did not expect the negative revision to royalties, but we don't see it as something that repeats, or as something that points to a shortfall in the chipset business down the road. Having said that, the stock has been very strong, and we do think that the negative earnings potential has some ramifications,â he added.

âWhile QCOM is at a decade high, and near-term margin outlook is soft, we believe it dominates 5G handsets with Snapdragon leadership, RF, Automotive telematics and a QTL licensing rebound, with all major global handset OEMs licensed,â Rakesh wrote in a note and maintained a âBuyâ rating while raising estimates and price objective to $170.00 per share (prior $163.00).