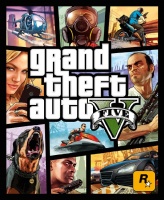 The speculation stems from rumors that Take-Two could be considering a movie adoption for their Grand Theft Auto game, which apparently has the support of Dan Houser, co-founder of Rockstar Games. If this happened, Rockstar would want complete control of the development process.

Hickey said there is ample evidence for the Houser’s love affair for LA and Hollywood, as many of their games are set within that landscape (GTA, LA Noire, Midnight Club… etc. He also notes that Houser has great respected for Blizzard team, that is of course part of Activision and head quartered in the LA region.

The analyst also notes separate reports that Activision may be in the process of forming an internal movie studio, possibly leveraging game IP for movie expressions. "We suspect that Activision’s strategic alignment into the movie business, could in-part be related to an emerging romance wrinkle between the two companies and the Houser’s (… founders of Rockstar Games), leading toward a possible Take-Two acquisition."

An acquisition of Take-Two Interactive would be a "no brainer" for Activision, according to Hickey. Take-Two has some of the strongest development talent and owned IP in the world, within a Company that has nearly $1 billion in cash and trades at a comparably lower multiple, he highlights.

In 2008, EA (NYSE: EA) unsuccessfully tried to buy Take-Two for around $26 per share. The attempted failed due to the conditional nature of the bid, the non-support of a considerably strong and concentrated shareholder profile and non-support of Rockstar Games, in the firm's view.

Hickey said now the stars may be aligning for Activision to pursue a deal. "Within the exceptional strength of the current console cycle and the renewed independence of Activision from Vivendi (… over a potential performance soft spot in 2015 for Activision); the idea of Activision acquiring a billion dollar console software vertical could reset positive speculation for a potential deal with Take-Two Interactive. With the acquisition of Take-Two Interactive, Activision would have arguably the 3 strongest development studios in the world with Rockstar Games, Bungie and Blizzard. While Activision has historically managed their performance profile around franchises they can annualize, their $500 million investment in Bungie seems to be a departure from that philosophy, as we suspect the venture will prove difficult to annualize. The opportunity for Activision to intelligently layer future releases from Rockstar, Bungie and Blizzard, could in-part enable Activision to annualize future performance from what today is arguably a less linear performance profile."

He added, "We would also note that Activision’s mega performance foundation with World of Warcraft is trapped within a life cycle decline, their Skylanders franchise will face considerable pressure from Disney and Call of Duty is vulnerable to franchise fatigue from consistent annual iterations. Therefore, acquiring GTA, Red Dead, Borderlands (now owned, partnership deal that would likely transfer...), NBA 2K, BioShock… etc. Along with the potential performance opportunity from a new MMO and movie adoption of GTA from Rockstar Games… Acquiring Take-Two Interactive would seem like a very smart move for Activision."