Piper Analyst Asks Why Would Apple (AAPL) Do A Television? Its A $31B Market! - Maintains 'Overweight' Rating 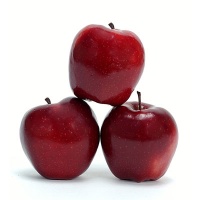 Piper analyst says, "We believe the following analysis shows that Apple is well-positioned to enter the television market with a connected-HDTV in the next 2-4 years. Strategically, it makes sense because: home entertainment is a $31.8b market in the U.S., and the company has a history of succeeding by redefining mature markets. As connected TVs gain traction, software, content and portability will become the key differentiators and Apple is uniquely positioned to deliver a premium all-in-one solution (different than Apple TV). Note that we believe the primary hurdle involves MSO's stronghold on live TV, and Apple's ability to allow access to current and older TV shows via the Apple Television."

Over the last five years annual HDTV shipments are up an estimated 268%, but ASPs have fallen 50%. Including AV components, home entertainment hardware is a $31.8b U.S. market. Home entertainment systems combine an expensive HDTV, complicated A/V components, and a monthly service fee often with a total sticker price of $2,000+. We believe Apple is uniquely positioned to combine these elements at competitive prices ($2,000) for an Apple-branded TV...The Primary Hurdle, Live TV. Cable and Satellite service operators currently hold the key to live TV, the core feature of home entertainment. We believe Apple could solve this issue with an iTunes TV Pass at $50-$90 per month...TV Features Only Apple Can Offer: Hardware, Software & Content With Portability. With over 125m addressable iTunes accounts overlapping an estimated U.S. HDTV market of 32.4m units in 2010, we believe an Apple- branded television has the potential to move the needle."

To see all the upgrades/downgrades on shares of AAPL, visit our Analyst Ratings page.