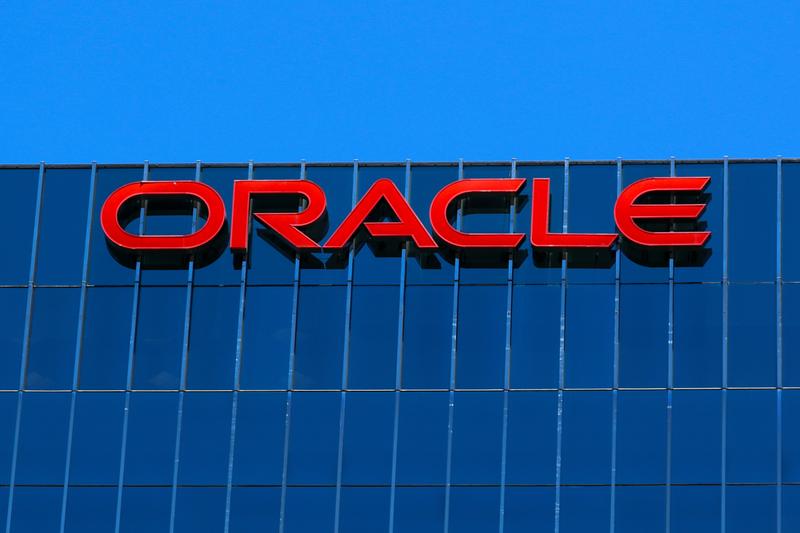 Shares of Oracle (NASDAQ: ORCL) declined 5% in pre-open trading Wednesday after the computer technology company issued a lower-than-expected quarterly revenue outlook because of its plans to increase capital expenditures to invest in cloud computing workloads.

Oracle reported adjusted earnings per share of $1.54, beating analysts' estimates of $1.31 per share. Revenue came in at $11.23 billion, higher than the consensus of $11.04 billion, according to Refinitiv.

âOracle Fusion is the world's biggest cloud ERP business; Oracle NetSuite is the world's second biggest cloud ERP business. Revenue from our Gen2 Cloud Infrastructure business including Autonomous Database grew over 100% in Q4. The accelerating growth rates of both our applications and infrastructure cloud businesses this year drove earnings per share growth up to 21% in FY21. That is the fourth consecutive year of double-digit earnings per share growth at Oracle Corporation."

Oracle reported revenue growth of 8% year-over-year in the fiscal fourth quarter that ended on May 31, compared to revenue growth of 3% in the prior quarter. Oracleâs cloud services and license support unit, the companyâs top division by revenue, nabbed $7.39 million in revenue, 8% higher than what analysts projected.

For Brad Sills, an analyst at BofA Securities, the outlook reflects OCI optimism, although it comes with heavy investment. Hence, he raised the price target to $85.00 per share from $74.00 per share.

âNo change to our Neutral view on Oracle, following Q4 results. Total rev exceeded our estimate (+$180 mn), though the majority of upside came from license & services revenue. Cloud services & license rev growth of 5% CC y/y kept pace with a lackluster Q3. We are encouraged by guidance for accelerating growth in Q1 & throughout FY22, reflecting optimism for OCI and the autonomous database cycle. However, the midpt of EPS guidance assumes a -220 y/y basis point impact to margin for increased capex/cost of sales & R&D to achieve growth. These investment may generate accelerating growth, though we remain skeptical, given competitive pressure from public cloud vendors. Also, it is unlikely that Oracle will achieve double digit EPS growth this year, which has provided support for the stock,â the analyst wrote in a note.

Jefferies analyst Brent Thill also moved to raise the price target to $80.00 per share from $75.00 per share. He said that stock fairly reflects underlying fundamentals at 18 multiple the bankâs updated FY22 EPS.

âORCL delivered encouraging rev results as it lapped an easy comp and benefitted from seasonal F4Q strength. Apps grew +7% y/y cc in F4Q while infrastructure grew +2% amid ongoing AWS/Azure/Google Cloud competition. Non-GAAP op margin of 48.5% was 60bps below Street estimates as the co invests in the cloud. FY22 rev outlook calls for growth acceleration even as NTM comps get harder,â the analyst said in a note.

âAs ORCL invests for growth in anticipation of its installed base migration to the cloud, non-GAAP operating margins are likely to be impacted (we estimate 300-400bps y/y compression). Given top-line growth dynamics and more limited profitability upside, we think the stock is appropriately priced,â he concluded.