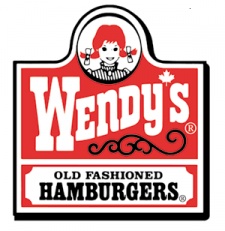 Nomura Securities upgraded Wendy's (NASDAQ: WEN) from Neutral to Buy with a price target of $12.50 (from $11.00) to reflect eflects favorable same-store sales momentum.

Analyst Mark Kalinowski commented: "Our upgrade reflects favorable same-store sales momentum. We increase our Q4 2015 same-store sales forecast for company-owned stores by 40 bps to 3.6% (making ours the new âhigh on the sell-sideâ forecast and 70 bps above consensus, according to Consensus Metrix data). We also increase our Q4 2015 same-store sales projection for franchised restaurants by 140 bps to 4.4% (also a new âhigh on the sell-sideâ forecast, and 140 bps above consensus). If this 4.4% figure is achieved, it will mark the best quarterly showing for Wendyâs franchised same-store sales in over a decade. Our channel checks indicate that November was the best month for U.S. quick-service burger sector same-store sales over the first 11 months of 2015, and that the first half of December was just as robust. In addition, our channel checks indicate that Wendyâs was a full participant in this sector strength, thanks in part to the â4 for $4â bundled promotion that was rolled out nationally in mid-October. We raise our Q4 2015 and full-year 2015 EPS estimates by $0.01 each, to $0.11 and $0.34, respectively. Our full-year 2015, 2016, and 2017 EPS estimates are now $0.01 above consensus. We increase our target price by $1.50, to $12.50, reflecting an increased target firm value-toEBITDA multiple of 14x (previously 13.5x).With greater confidence in the samestore sales trends and outlook, we now believe a higher target multiple is warranted. We also expect Wendyâs to announce generally favorable news (including what we expect to be a strong Q4 2015 earnings release) during its upcoming Analyst Meeting on February 9."