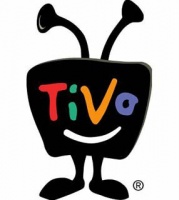 Reports over the weekend indicate that Netflix was in conversations with cable operators including Comcast (Nasdaq: CMCSA) and Time Warner Cable (NYSE: TWC) to offer its service as an application on their user interfaces. Mitchell believes it is highly likely that Netflix is in talks with the smaller U.S. cable operators to be part of their video service.

He added, "That being said, we do not think that Netflix is in serious discussions about this matter with the larger operators such as Comcast. In the case of Comcast, if Netflix is negotiating with Comcast, we believe it is more likely over some sort of fee for a QOS guarantee for its regular streaming service. in exchange for being able to deliver its service over Comcast's pipes remember Netflix takes up 1/3 of all Internet capacity). Also, it was reported on Friday that John Malone who controls Liberty Global (NASDAQ: LBTYK) and a significant chunk of Charter (NASDAQ: CHTR) said 1) he thought cable industry needs to form a Netflix competitor, and 2) Comcast should license its Xfinity TV Everywhere service platform to other cable companies. We cannot help but think he might be bargaining in public with Netflix and TiVo with regards to an next-gen video offering for Charter."