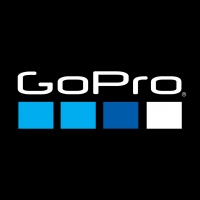 Morgan Stanley cuts its price target on GoPro (NASDAQ: GPRO) from $62 down to $35 and maintains an Equalweight rating.

Faucette commented, Following up, our most recent checks were decidedly more negative as customers prefer the Silver’s LCD screen and superior video quality over the Session’s smaller form factor. Commentary by management at recent investor events confirm that Session has been a difficult sell at the same price point of its historically favorite HERO4 Silver model. Disappointing demand culminated in GoPro announcing its decision to reduce the price to $299 last week, a $100 discount from the $399 price point when the product was launched in July.

While Faucette also sees GoPro's video editing and sharing features as steps in the right direction, the analyst noted that the platforms trail features that are already available on Android and iOS. We are also concerned that GoPro's opportunity to differentiate on software is onerous as the entire consumer electronics industry similarly wrestles with the compute, storage and bandwidth challenges of editing and sharing user-generated content filmed at high-definition on mobile devices, the analyst said.

Faucette also sees media and software monetization as small over the next several years, saying, Even with market penetration and growth rates slowing significantly, we continue to believe that opportunities to incrementally monetize media and software are unlikely to move the needle compared to the device business. We view media and software as a part of the cost of brand and platform development, and trying to charge for them directly will increase friction towards adoption and usage at a time when it is increasingly important to reduce that friction.