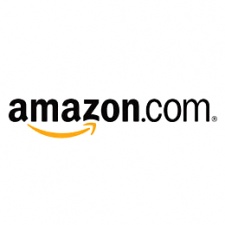 The firm's AlphaWise data show that AMZN’s Prime subscribers continue ramping... rising by 28% (or 13mn) over the 7 months ended May 2016. The US has been particularly strong, with an estimated 41 million Preim members and in all, they estimate that there are 60 million global Prime members.

The free two-day shipping continues to be the most common reason people sign up for Prime, but a rising percentage of people in the UK/Germany/Japan list Prime Instant Video as a leading reason too.

"We think part of this higher Prime spend is driven by how long people are Prime members, as over time, AMZN's Prime behavior modification causes people to shop more frequently and in more categories," Nowak said. "Indeed, our industry conversations indicate that some more mature Prime members (7-10 year members) spend as much 10X+ more than non-Prime members."

They view this as bullish for Amazon's forward growth, given their data show that 25-40% of Prime subs across US/UK/Germany/France/Japan joined within the 6 months leading up to May 2016. This likely sets up well for AMZN's 2016 holiday season too, as it means that ~13mn+ Prime members (and likely more with new additions post May 2016) will go through their first full holiday season as Prime members in 2016.