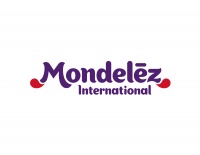 1) rationalizing and simplifying the sku base from the original 74,000

2) rationalizing the supplier base from an initial 100,000 which could improve negotiating terms with fewer suppliers

3) upgrading an old and inefficient manufacturing base that was built through acquisitions and never optimized, including opening new plants around the world, in locations like Mexico, India, Russia and Bahrain

The combination of Mondelez and PepsiCo Food makes strategic sense and would lead to the creation of "a global snacking powerhouse" in attractive categories. Snacks is a large ($380 billion globally), strongly growing (~5.5% 2009-2014 CAGR) and international (~40% of sales in the emerging markets) sub-category within CPG. Combining Mondelez and PepsiCo's Food could generate enormous cost synergies as well as the option to drive revenues globally given different regional footprints.

There are both cost and revenue synergies from this possible combination. Cost synergies for CPG deals have averaged ~8.3% as a % of sales of the acquired company (~$2.5 billion for Mondelez using FY14 sales), so they consider that this would be a good starting point to approximate selling, supply chain and purchasing synergies. From a revenue standpoint, a Mondelez/PepsiCo combo would allow the smaller player to increase market share by ~5% in each country/category combo (biscuits, confectionery, snacks and snack bars), 5 years from the transaction date. There are another $2-$3 billion in potential revenue synergies or ~8.5% of Mondelez's FY14 sales; this would equate to $520 million in additional EBIT using a 20% margin or 14% of Mondelez's FY14 EBIT.

No change to the Outperform rating but the price target increases to $58 from $55.