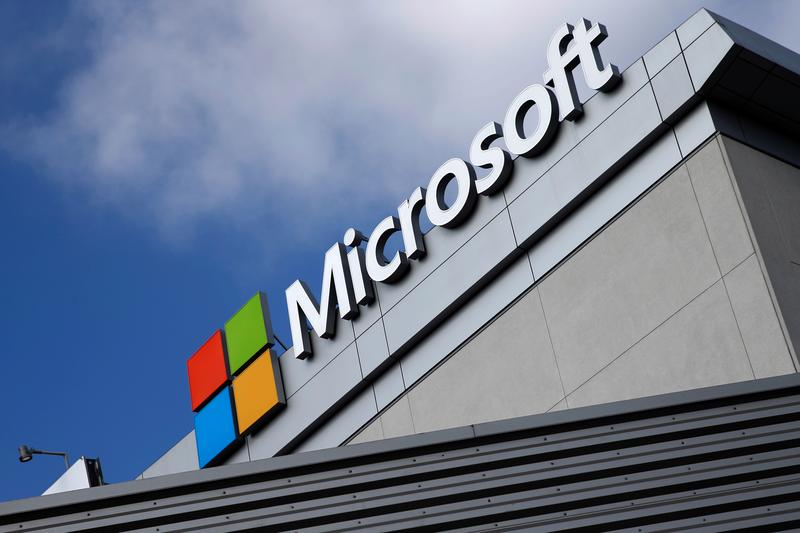 âWe are innovating across the technology stack to help organizations drive new levels of tech intensity across their business. Our results show that when we execute well and meet customersâ needs in differentiated ways in large and growing markets, we generate growth, as weâve seen in our commercial cloud â and in new franchises weâve built, including gaming, security, and LinkedIn, all of which surpassed $10 billion in annual revenue over the past three years,â said Satya Nadella, chairman and chief executive officer of Microsoft.

Microsoftâs Intelligent Cloud also topped the consensus as it generated $17.38 billion in revenue, up 30% year over year, compared to the $16.33 billion expected. Azure revenues grew 51%, again higher than 45.3% projected by surveyed market analysts. In an earnings call, CFO Amy Hood said that Azure growth should remain relatively stable on a sequential basis,

On the guidance front, here is what MSFT is projecting for FQ1:

âAs we closed out the fiscal year, our sales teams and partners delivered a strong quarter with over 20% top and bottom-line growth, highlighted by commercial bookings growth of 30% year over year. Our commercial cloud revenue grew 36% year over year to $19.5 billion,â said Hood.

âMSFT reported a good F4Q, led by very healthy Intelligent Cloud and PBP upside. In addition, Azure revenue growth of 51% (+45% CC) nicely beat the Street's +42% forecast, and Commercial bookings grew a robust 25% constant currency. F1Q top-line guidance was strong, and FY22 guidance called for impressive double-digit revenue growth coupled with normalized (ex- accounting changes) operating margin expansion. Looking ahead, we maintain our view that MSFT's growth opportunities over the medium-term and beyond are greater than many realize, and that MSFT is positioning for materially greater success in the cloud,â Moskowitz said in a note.

âWe think this was a strong qtr & even stronger guidance. While the lack of Azure acceleration was a slight disappointment, 1Q guide of stable growth (~45% cc) was well above our 35% est. & sets up for a good change of acceleration next qtr. We view the new explicit Azure guide positively & see this as a sign of greater confidence in consumption trends than originally expected. We also think FY22 margin expansion ex-acct change was better than feared. MSFT is on track for another year of double-digit top & bottom line growth & we think remains a core holding,â the analyst writes in a memo.

Shares of MSFT are up nearly 0.5% in pre-open Wednesday.