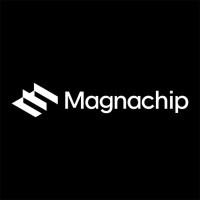 Oppenheimer analyst Martin Yang weighed in on Magnachip Semiconductor (NYSE: MX) following reports Wednesday that LX Group is working with Carlyle Group on a joint bid. Yang believes a bid in the mid-$20s or above would be compelling enough for the company to accept due to a shrinking pool of potential buyers.

Going through the background of the DDIC industry dynamics, Yang notes that LX Group spun out of LG Group in May 2021 and holds one of Korea's largest fabless semiconductor companies LX Semicon. "LX Semicon is regarded as the in-house supplier of display driver IC (DDIC) to LG Display across display sizes," he adds. "Magnachip was originally part of LG Semiconductor and later gained independence from conglomerates after a series of reorganizations and govern-sponsored deal-making."

On the role of DDIC, the analyst notes it is a critical and highly strategic semiconductor component for panel makers.

On why someone would want to own Magnachip Semiconductor, the analyst notes: "1) MX's Power Solutions (power devices and IC) is increasingly valuable given its market positioning and in-house foundry. Many financial sponsors have expressed interest in purchasing MX's Power business in the past. 2) Near term, Korean panel makers owning MX could potentially delay Chinese panel makers' market share gain and expansion in OLED market."

While there are compelling reasons to buy Magnachip, there are also compelling reasons not to. Yang notes: " 1) customer and product concentration: in 2021, 43% of MX's total sales and 90% Display Solutions sales came from Samsung. 2) Panel makers always benefit longer term by having alternative suppliers to keep in-house suppliers "honest". 3) DDICs are low-margin products with highly volatile (customer and product cycle driven) sales patterns."

The analyst notes that between the 2nd-half of 2019 and the 2nd-half of 2021, multiple financial and strategic buyers approached the company for a sale. They estimate that five out of the six prospective financial buyers and at least one of the three strategic buyers were China-based and unlikely buyers for MX today. On valuation, Yang notes that the company's peer group trades at a median multiple range of 7-10x '23E EBITDA, and 12-14x '23E EPS.