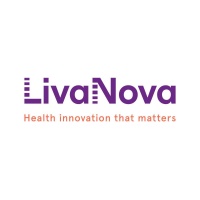 The analyst commented, "Last Friday (4/9), we hosted a call with a thought-leading psychiatrist with particular expertise in depressive disorders and stimulation-based technologies. The majority of the discussion was focused on LIVNâs VNS therapy and its application for treatment-resistant-depression (TRD). First and foremost, the KOL noted TRD represents a large,difficult-to-treat patient population that requires an armamentarium of therapies. While VNSsits further down the care continuum, he believes the therapy could be appropriate for roughly 10-20% of all TRD patients-which represents 1M+ U.S. patients by our estimate. Second, the physician noted that he expects LIVNâs RECOVER trial will likely be positive for VNS (predicated on past data), which we believe should facilitate more widespread reimbursement coverage and use of the therapy in TRD patients. Third, the physician has not implanted any patients in the RECOVER trial, but he was optimistic that trial enrollment at his site would move briskly once commenced."