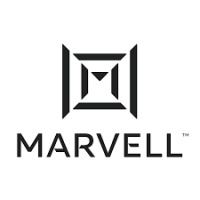 Shares of Marvell Technology (NASDAQ: MRVL) are up more than 21% in pre-open Friday after the company delivered another set of impressive quarterly results.

"Marvell delivered record revenue of $1.211 billion in the fiscal third quarter, growing 13 percent sequentially and 61 percent year over year, exceeding the high end of our guidance. Revenue grew substantially in each of our five end markets, led by data center, our largest contributor at 41 percent of total revenue, which grew 15 percent sequentially and 109 percent year over year," said Matt Murphy, Marvell's President and CEO.

Goldman Sachs analyst Toshiya Hari upgraded MRVL stock to Buy from Neutral and raised the price target to $95.00 per share from the prior $63.00. The analyst acknowledges that staying on the sidelines was the wrong decision given the Marvell stock outperformance in YTD.

Hari sees consistent revenue and EPS outperformance driven by a management team that has executed as a key catalyst for Marvell shares.

âWe under-estimated the inflection in the companyâs fundamentals as well as the attractiveness of the stockâs valuation relative to the broader sector. That said, we believe the company is still in the early stage of its multi-year growth journey predicated on company-specific designs wins that span the Data Center, 5G (infrastructure), and Automotive end-markets. In fact, we expect revenue growth in excess of its long-term target (i.e. 15-20% CAGR) coupled with steady gross margins (65-66%) and strong opex leverage to drive an EPS CAGR of 47% (FY2022-2025),â the analyst said in a client note.

Cowen analyst Karl Ackerman upgraded to Outperform from Market Perform and raised the price target to $100.00 per share from the prior $66.00. He also admits he was wrong with the MP call on Marvel shares.

âWe admit we missed the initial inflection in the stock, but itâs hard to argue this was anything but a watershed quarter with a triad of better results, better guidance, and an expanding design pipeline that anchors a new F23 (C22) guide of at least 30% organic revenue growth. Still, MRVL indicated its order book continues to broaden and exceeds this 30%+ growth projection. Marvellâs vastly improved product portfolio and proliferating design engagements enable it to sit in the catbird seat addressing several secular growth opportunities in semis over the next several years,â Ackerman wrote in his report.