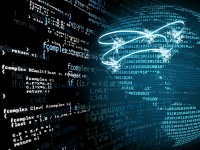 JPMorgan's Global Quantitative and Derivatives Strategies, Marko Kolanovic, today explored the change in market structure that investors should be paying attention to. He said stocks are increasingly caught in powerful cross-currents of passive and quantitative investors and point out that ~60% of equity assets fall in this class. Meanwhile, he estimates that only ~10% of trading volumes originates from fundamental discretionary traders. Another important driver is Central Banks. With ~$2T asset inflows per year central bank liquidity creates strong interest rate and policy sensitivity for sectors and styles, he notes.

Looking at the recent FANG crash, he notes Energy and Financials were down, and Tech and Low volatility stocks were up by nearly ~5% in May. Meanwhile, Low Volatility, Growth and Momentum styles were up and Value and High Beta were down. He said a quick reversal of this trade contributed to the FANG sell-off over the past few day. "We have written about this pattern of rebalances putting pressure in the first few days of month, and then violently snapping back as liquidity gets exhausted," he notes. "Most prominently these occurred with the momentum/value divergence in Feb-Apr
last year."

He elaborates: "What set in motion the recent price action were a decline in bond yields and high pace of passive inflows in March and April. Specifically, March and April witnessed large speculative buying as macro and CTA funds closed shorts and entered long bond positions (Figure 1). Declining yields sent bond proxy stocks such as low volatility, large growth stocks (e.g. FANGs) higher. At the same time, Value, High Beta and Smaller stocks started selling off. A fundamental narrative given to this rotation was an unwind of the ‘Trump reflation’ trade. This trend accelerated in the
May 17th selloff – during which the reflation trade was further put into question. At this point, the Value / Growth divergence was large enough to pull more quant funds in the rebalance. A sharp decline in equity market-neutral HF benchmarks (Figure 2), and performance of specific factors indicates that de-risking of some investors started. It at first involved low frequency quant strategies with a Value tilt, and has spread to short-term mean reversion (stat arb) strategies both in the US and overseas. The contagion from low frequency to high frequency funds emerged as Value exposure is more volatile, and stocks that are more volatile tend to exhibit short-term mean reversion. If these stocks drop in succession (e.g. sold during multi-day deleveraging), the lack of mean reversion can impact some stat arb strategies. Upward pressure on Low Vol and Growth, and downward pressure on Value and High Vol peaked in the first days of June (monthly rebalances), and then quickly snapped back, pulling down FANG stocks. The contribution coming from quant rebalances to this snapback is now likely over.

Kolanovic also explores the low volatility and notes that one reason people give for the low volatility is that the macro environment is very benign. The strategists considers this statement and highlights that in the last 20 years the VIX closed lower than 10 on a total of 11 days, and 7 of those days were in the past month. "Think about that – over the past 2 decades, was the last month the most benign macro environment? (e.g. last week: Comey testimony, UK elections, ECB, geopolitical uncertainty, Qatar, FANG flash crash, etc.)," he asks. Kolanovic argues that that low Volatility is not a new normal or fundamentally justified. He said it is the result of macro decorrelation and massive supply of volatility through yield generation products and strategies. "As we discussed recently low correlations (driven by quant flows, sector and thematic trading) are temporarily reducing volatility by 2-4 points, and a massive supply of volatility pressures implied and by extension realized volatility by another 2-4 points. We estimated that supply from yield seeking risk premia strategies grew by ~$1Bn vega (~30% of the S&P 500" options market). In addition to these, large inflows into passive funds put further pressure on volatility."