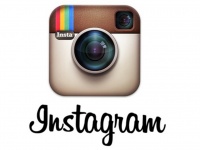 Critics chuckled when Facebook (NASDAQ: FB) bought Instagram for $1 billion in 2012, but Mark Zuckerberg & Co. are laughing now... all the way to the bank. Piper Jaffray's latest teen survey showed that Instagram remains the most important social network to teens.

"Instagram ranked as the most favored social network for teens for the third straight survey (1.5 years). 33% of teens ranked Instagram as their most important social network, up from 32% in Spring 2015," Piper Jaffray's Gene Munster commented.

As for the future, Munster said Facebook is well positioned given its push in virtual reality.

"We don't view Snapchat's rise among teens as a surprise given the trend toward image based communication," he said. "We still believe that Facebook is well positioned given its portfolio including Instagram and Messenger, but believe Facebook is uniquely positioned for the next trend in communication, which we expect to be virtual reality based (likely 5+ years away)."

The firm remains buyers of Facebook stock saying the excitement around VR will ramp as we near the Q2 launch of Oculus Rift next year. The firm reiterated an Overweight rating price target of $146.