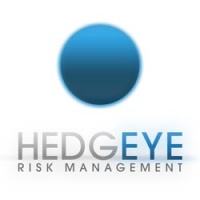 Kaiser said, "Kinder Morgan's issues are very concerning" and that the "entire MLP sector is sort of a regulatory nightmare." When asked whether Kaiser thinks Kinder Morgan is doing anything illegal Kaiser said, "I am not saying that anything is illegal here. I think there are some very misleading statements with some of the non-GAAP financials." Kaiser discussed further that he doesn't think Kinder Morgan's stock is safe for investors.

On whether Kinder Morgan should be investigated:
"I would say that Kinder Morgan’s issues are very concerning, that there issues are broad across the MLP [Master Limited Partnerships] sector, but theirs are more egregious than some of the others. I think that the entire MLP sector is sort of a regulatory nightmare to be honest with you."

On whether Kinder Morgan is transparent:
"I don't think they’re transparent at all. A great example of this is in their E&P business they have $450 million dollars - $400 million dollars of capital expenditures that they are calling expansion capex and it should be maintenance."

On whether Kinder Morgan's stock is not safe for investors:
"Yes"

On whether Kinder Morgan is improperly accounting for things:
“I am not saying that anything is illegal here. I think there are some very misleading statements with some of the non-GAAP financials and when I say house of cards, to me house of cards means something that has an unstable foundation and when you need to raise more and more capital to continue to pay out higher and higher distributions. In my view that’s a very unstable foundation."

On how he is handling the pressure at a young age:
"I'm fine with it because I knew that when I was doing my research and when I made the decision to say what I really think that I knew it was going to be conversational because nobody else calls out these risks."