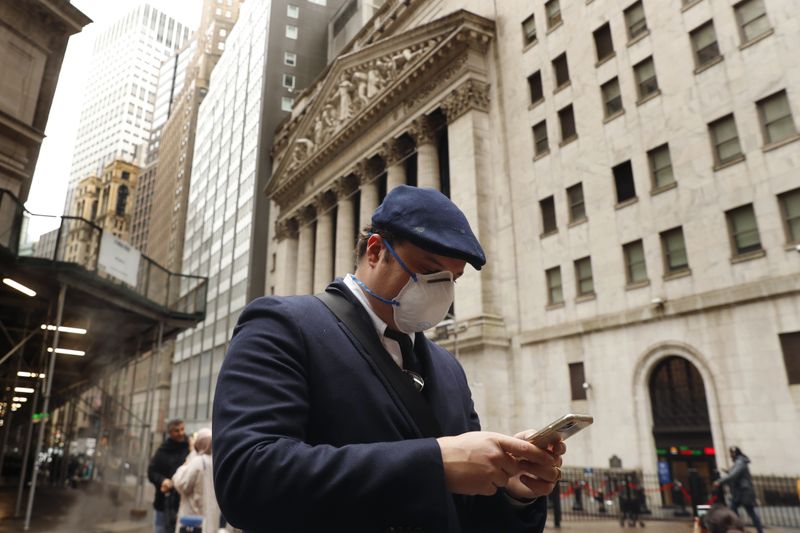 FILE PHOTO: A man wears a protective mask as he walks past the New York Stock Exchange on the corner of Wall and Broad streets during the coronavirus outbreak in New York City, New York, U.S., March 13, 2020. REUTERS/Lucas Jackson

NEW YORK (Reuters) - U.S. hedge funds last week bought and sold the most stock in more than 10 years amid wild swings in GameStop Corp shares that many had bet against, but their market exposure to stocks is still near record levels, according to an analysis by Goldman Sachs Inc.

"According to Goldman Sachs Prime Services, this week represented the largest active hedge fund de-grossing since February 2009. Funds in their coverage sold long positions and covered shorts in every sector," the investment bank wrote in a note late Friday.

"Despite this active deleveraging, hedge fund net and gross exposures on a mark-to-market basis both remain close to the highest levels on record, indicating ongoing risk of positioning-driven sell-offs."

(Reporting by Joshua Franklin in Miami and Alden Bentley in New York; Editing by Lisa Shumaker)