GameStop (GME) Falls on Downgraded to "Sell" at Ascendiant Capital on Foggy Outlook and Significant Digital and Execution Risks, PT Lowered to $10 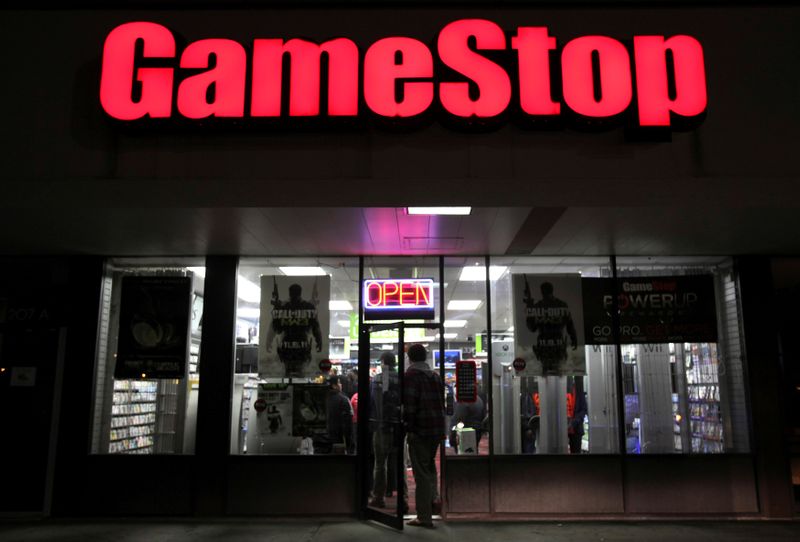 Shares of GameStop (NYSE: GME) fell nearly 12% in early action Monday after Ascendiant Capital Markets analyst Edward Woo downgraded the stock to "Sell" from "Hold" and set a new price target of $10.00 per share from the prior $12.00.

The analyst stresses that the FY21 outlook is "hazy," despite better Q4 comparable sales.

"Despite 2 new video game hardware launches in Q4 (PS5 and Xbox Series S/X launched in November), the company had tempered sales from COVID-19 lockdowns including a 27% reduction in European store operating days in Q4. GameStop’s EPS was mainly driven by a $70 million (~$1.00/share) tax benefit in Q4," Woo said in a note.

GameStop again declined to offer a forward-looking outlook due to the uncertain nature of the current pandemic. Instead, it said that February/March sales were strong and increased ~11% y-o-y (+5% in February and +18% in March).

On a more positive note, digital sales exploded, says Woo. Online sales Global increased 175% vs. Q4 FY19 to now represent 34% of total sales. While this is a positive development, the analyst is also concerned with a rapid rise in digital sales.

"Recent reports by the video game publishers shows that digital revenue is increasing at a fast pace (~90% or more of publishers’ revenues), so concerns are increasing that digital game sales (which GameStop has very low market share) is beginning to be a bigger factor (~70% of a game’s total sales are now full game digital downloads). We remain very concerned about the long term prospects for its video game business especially once hardware sales temper as the installed base matures."

The analyst also weighs in on the WSB/Reddit saga that marked the first quarter of this year.

"Due to the popularity of GameStop on Reddit chat boards and with Robinhood retail investors, GameStop shares appears to no longer trade on traditional fundamental valuations or metrics, but on retail investors sentiment, hope, momentum, and the powers of crowds. This makes short term price movement forecasts nearly impossible (and we acknowledge can drive shares much higher), but we believe that over the long run GameStop’s current elevated share prices will come back down to match its current weak results and outlook," he adds.