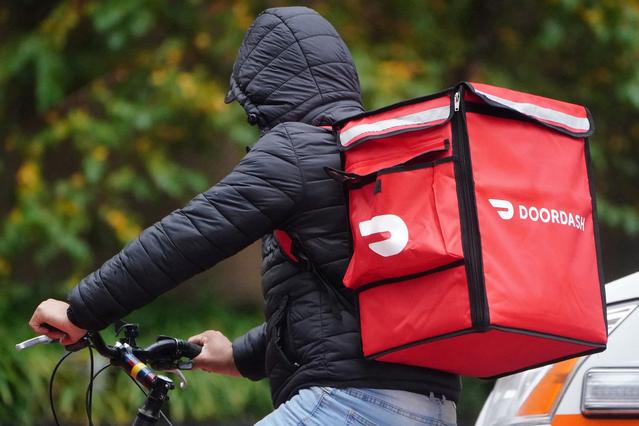 Although the company reported a bigger-than-expected loss per share for Q1 ($0.34 vs $0.26 expected), revenues came in at $1.08 billion to top the $993.3 million expected from market analysts.

âWe are proud of the progress we made in Q1, as we increased the number of partner merchants we support across multiple categories, generated more earnings for more Dashers than in any previous quarter, and served more consumers than we ever have,â the company said in a press release.

âStronger-than-expected consumer demand, along with extreme weather events and the impact of stimulus checks, resulted in a meaningful undersupply of Dashers in the latter part of Q1. Stimulus checks created a particularly acute challenge, as we believe they drove a short-term increase in consumer demand and a simultaneous decrease in Dasher hours.â

In the aftermath of the Q1 earnings report, Wells Fargo analyst Brian Fitzgerald upgraded DoorDash Inc. from âEqual Weightâ to âOverweight with a price target of $170.00.

Similarly, Truist Securities analyst Youssef Squali upgraded the stock to âBuyâ from âHoldâ as stronger-than-expected Q1 results and sustained momentum into FY21, which point to âDASH's solid execution and a growing roster of complementary offerings, which is driving incremental value and strengthening its proposition to consumers and merchants alike, amidst a slowly reopening economy.â

Squali also raised the price target from $180.00 per share to $185.00 on the back of the lower estimates. In a note sent to clients, the analyst further added:

âDASH's goal of building a marketplace and a broader platform for delivery across geos is well underway, and has been buoyed by C-19. While 2H21 presents tough Y/Y comps and investments are likely to keep margins in check S/M-term, we view the 40%+ pullback in the stock as offering a compelling entry point.â

Unlike his colleagues at Truist and Wells Fargo, BofA analyst Michael McGovern sees a âbig deceleration in 2H,â which leads him to have the âNeutralâ rating unchanged as the PT goes lower to $160.00 per share from $180.00 per share.

âStrong Q2 volume guidance for $9.4bn-$9.9bn in GOV (vs. Street at just $7.7bn prior) reflects less impact than expected from reopening progress, as mgmt. continues to see elevated consumer growth, order rates, and AOV. EBITDA guidance for $0-$100mn also well above Street at $29mn prior, as mgmt. expects Q/Q improvement in Take Rate in Q2 (only $31mn net impact from commission caps in Q1, and expect less in Q2 with more Regulatory Response Fees). That said, FY guidance implies a big deceleration in 2H; we now project a 10% Q/Q decline in GOV in Q3, driven by summer seasonality and a larger impact in rapidly reopening states like CA and NY,â the analyst said.