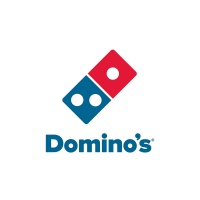 Domino's Pizza (NYSE: DPZ) was upgraded to Buy from Neutral at BTIG on Monday, with the firm assigning a $460 price target on the stock.

Analyst Peter Saleh told investors in a note that they believe margins have bottomed and are set to rebound in 2023 on the heels of higher menu pricing and organic improvements in driver availability.

"In 2023, we expect Domino's to benefit from easier same-store sales comparisons (especially in 1H23), at least three-quarters of higher menu pricing on the Mix and Match, and organic improvement in sales performance between top and bottom quartile restaurants driven in part by increase in driver supply," wrote Saleh. "We believe Domino's will enter 2023 with the highest level of menu pricing in more than a decade (over 7%) while at the same time facing easing comparisons as delivery has posted five consecutive quarters of negative same-store sales. Furthermore, we believe Domino's will likely raise the price on its $7.99 carryout offering in 2023 to reclaim the $2.00 gap vs. the Mix and Match and aiding franchisee margins."

In addition, BTIG sees improvements in fundamentals in 2023, translating into a resurgence in development in 2024 and, in turn, a higher share price "as the narrative shifts to bullish from bearish."

The analyst explained: "Similar to the rest of the industry, we believe Domino's commodity basket inflation peaked in 2Q22 and has since moderated. For the full year 2022, we expect/Domino's commodity basket to increase at least 13% including low-double-digits in 1Q22, 15.2% in 2Q22 (peak) and around 13% for the balance of the year. Looking ahead to 2023, we believe Domino's could experience low-single-digit commodity inflation, which should be more than offset by the mid- to high-single-digit pricing-already in place, leading to an expansion in margins."