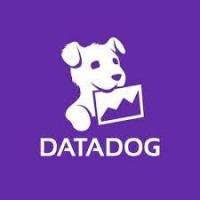 Jefferies analyst Brent Thill took a deep dive into the software infrastructure market to highlight his best plays in the space worth over $50 billion.

On the wider market fundamentals, he says:

âWe think robust market fundamentals can support multiple vendors growing at scale alongside one another. Market penetration rates have inflected higher (as work/lifestyle increasingly go digital) but remain <20%, which results in an attractive opportunity ahead. Investors often ask us about industry consolidation, particularly as vendors build-out their offerings to converge monitoring workloads across the IT stack. We see a runway for sustained stand-alone demand for these tools as data generation explodes in both volume and varietyâSPLK in logging, ESTC in search, DT in APM, etc. Investing with a balanced approach makes the most sense to us,â the analyst said in a note.

DataDog (NASDAQ: DDOG) is seen as a âtop growth pickâ as it represents âone of the most aggressive platform build-out stories we've come across. The analyst raised the PT on DDOG to $130.00 per share from $105.00.

âThe co is growing faster than CRM/NOW when they were at similar scale and we see potential for sustained 35%+ top-line growth as portfolio adoption broadens among customers. Stock at 30x CY22 revs is warranted (CRWD/NET at 31x/40x) given hyper-growth at scale coupled with teens (and growing) FCF margins,â Thill adds.

Splunk (NASDAQ: SPLK) is outlined as a âtop value pick.â Thill has a âBuyâ rating and a $175.00 per share price target.

âSPLK's cloud revs alone are approaching $950M in CY21 growing in the mid 70s (vs. DDOG's total revs at similar scale growing in the high 40s). Despite that, SPLK trades at 8x CY22 revs which is a 70% discount to DDOG (45% to ESTC). Risk/reward is compelling and the recent backing of the strategic investor gives us more confidence as growth normalizes post-transition.â

â$1B+ FY23 rev target implies 30% + growth in the coming years. Field work suggests a market-leading product with the standardized pricing model being a core differentiator. More meaningful near-term bottom-line leverage is capped by aggressive GTM investments, which makes sense to us given the opportunity ahead. 15x CY22 revs is close to a 50% discount to DDOG,â it is further added in a memo.

Finally, Dynatrace (NASDAQ: DT) and Sumo Logic (NASDAQ: SUMO) have a âHoldâ rating at Jefferies, although the former saw its price target raised to $65.00 per share from the prior $53.00 by Thill.