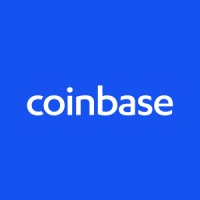 Shares of Coinbase (NASDAQ: COIN) are down over 7% in premarket Wednesday after the company reported Q2 results and full-year forecast for monthly users.

For this quarter, Coinbase said it expects lower monthly transaction users when compared to the second quarter. As a result, the company narrowed its average monthly transacting users forecast to 7 million to 9 million from the prior 5 million to 15 million. The analyst consensus was at 8.7 million.

“While the backdrop is incredibly challenging at the moment, we believe Coinbase remains better positioned than many appreciate (the partnership with BlackRock’s Aladdin business is a good reminder), and as we move through this transitory moment, we think Coinbase will come out on the other end in an even better position,” Ryan said in a client note.

“For investors who shun volatility, COIN's 2Q22 financial results clearly demonstrated the impact of declining crypto prices, which many believe is the result of a crypto cycle along with a weaker macro-economic backdrop for growth & crypto stocks,” Repetto wrote in a client note.