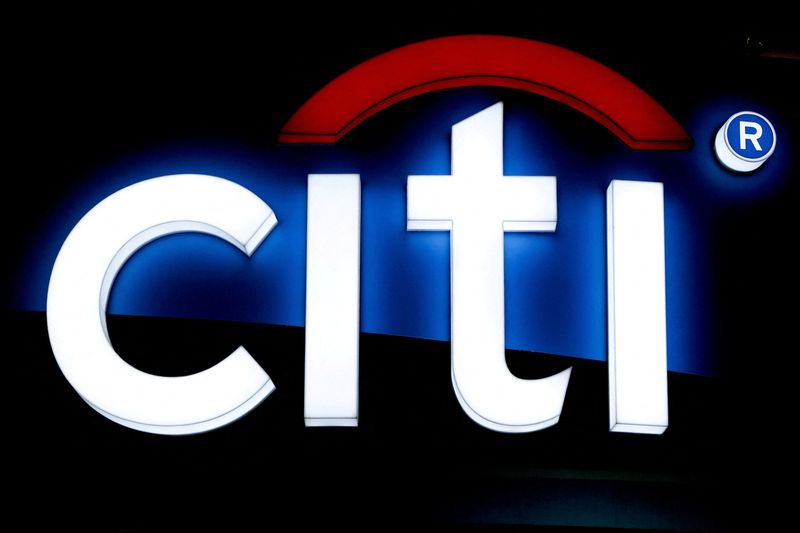 FILE PHOTO: The logo of Citi bank is pictured at an exhibition hall in Bangkok, Thailand, May 12, 2016. REUTERS/Athit Perawongmetha/File Photo

(Reuters) -Citigroup is forecasting a near 50% probability of a global recession, as central banks rush to raise interest rates to stamp out inflation that has been partly fueled by the impact of the Ukraine war and the COVID-19 pandemic.

Recession is an "increasingly palpable risk" for the economy, Citigroup analysts wrote in a note on Wednesday, while assessing the likely trajectory for global growth over the next 18 months.

"The experience of history indicates that disinflation often carries meaningful costs for growth, and we see the aggregate probability of recession as now approaching 50%," the analysts said.

Barclays weighed in on the current economic uncertainty on Thursday, saying it now expects growth of the developed economies to slow to 1% in 2023, and that the euro area could enter a recession from the fourth quarter of this fiscal year.

"Meanwhile, the U.S. economy is about to run headfirst into a Fed that seems committed to hiking to far above neutral; the ongoing collapse in new home sales is likely a harbinger of things to come," the brokerage said.

Fed Chair Jerome Powell said on Wednesday the central bank was not trying to trigger recession, but it was committed to bring prices under control.

Citigroup said that while recession risks were higher, all three scenarios of a soft landing, higher inflation, and global recession (were) plausible and should remain on the radar, with something closer to a soft landing as a base case.