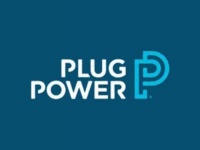 The analyst believes the company is a market leader in the disrupting sector that is trying to undermine the nascent hydrogen economy.

Thanks to its âunique vertical integration strategy from making electrolyzers to hydrogen production, delivery and building fuel cell (FC) modules for mobility and data centers,â the company is very well-positioned, says Juvekar.

âGreen hydrogen is the only true way of decarbonizing the global economy. PLUG has positioned itself at the center of the hydrogen economy through the acquisitions of United Hydrogen and Giner ELX, which gave PLUG vertical integration in making hydrogen, PEM electrolyzers as well as fuel cells. PLUG is building a 1.5 GW Gigafactory in Latham, NY which will produce 60k fuel cell stacks and 500 MW for electrolyzer capacity. PLUG has announced partnerships or JVs with SK and Groupe Renault to grow in Europe and Asia and potentially build Gigafactories internationally,â the analyst said in a note.

The company has four major customers, including Amazon, Home Depot, Walmart, and General Motors. Plans are in place to soon announce the fifth customer.

âManagement targets 25k fuel cells for forklifts by 2024, which represents less than 1% market share so we see tremendous growth opportunity. Beyond forklifts, other FC applications targeted include light delivery trucks, buses and heavy duty long haul trucks. Data centers offer another growth avenue as companies like Microsoft have announced their plan to shift away from diesel-powered backup supply.â

âPLUG has a cash war chest of over $4B bolstered by ~$1B equity raise and $1.6B from SK Group for 9.6% ownership,â the analyst further noted.

Shares of PLUG are down nearly 2.5% today.