China to Restrict Tesla (TSLA) Use by Military and State Personnel, Analysts Mixed on What to Make of the Situation 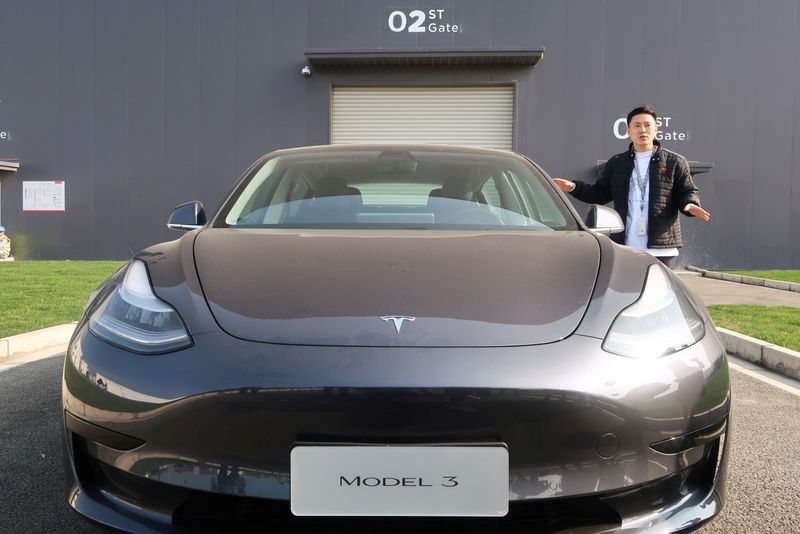 A report in the Wall Street Journal from this morning says that the Chinese government has moved to restrict the use of Teslaâs (NASDAQ: TSLA) vehicles by personnel belonging to some politically-sensitive groups, including the military, state-owned companies in sensitive industries, and other key agencies.

High Chinese officials are concerned that the data collected by Teslaâs vehicles could harm national security. Teslaâs cars are fully digitalized and their cameras are able to record images, and collect data on how and where the cars are being used, and mobile phone numbers that are synced to the cars.

According to a WSJ report, Tesla cars were also banned from driving into housing compounds for families of personnel working in sensitive industries and state agencies. China fears that sensors installed in Tesla vehicles can record images of their surrounding locations.

China represents the biggest market for Tesla and its rapid future growth is mostly dependent on the ability to generate high demand for its products. Teslaâs Model 3 was the best selling EV in China last year, with more than 138,000 sold.

Daniel Ives, a managing director at Wedbush Securities, believes this situation is "contained" but it requires close monitoring from Tesla investors.

"At a moment of some white knuckle tensions between the US and China, Musk & Co. find themselves in a unique position (along with Apple) of being caught in the crossfire," the analyst said in a note to clients following the news.

âGiven Tesla's market share within China is increasing (as seen in the month of February) and EV demand is skyrocketing within this key region this move is not a complete shocker, although it clearly indicates "big brother is watching" the situation closely," Ives commented. "Tesla's massive Giga footprint remains a major strategic advantage vs. other EV players (domestic and foreign) as we believe Tesla has potential to be on a 300k run rate of demand in China by the second half of this year. We will watching this situation closely as China remains the linchpin to the bull case thesis around Tesla for the coming years.â

Another analyst is not so dismissive of the situation in China. GLJ Research analyst Gordon Johnson said Tesla is "either breaking China national security law or putting customer lives at risk."

When Jonhson asked their Chinese contacts what the potential outcomes here are, they informed them:

(1) many believe an "FSD" neural network trained by U.S. and EU data is "the flaw", and a risk to the lives of Chinese consumers,

(2) a large lawsuit against Tesla is likely in the offing (Tesla has already been sued by a number of people for "FSD" crashes [link]), where Tesla will see a potentially "huge" fine, and

(3) at risk of stating the obvious, this will materially hurt Tesla's public image in China (i.e., our contacts believe many will see this as Tesla's willingness to put its customers lives at risk to sell cars). With this risk currently flying completely under the radar (in our view), we believe investors in Tesla's stock may soon be hit with (very) bad news out of China.

"... last night's decision by the Chinese government, we believe, confirms our work that these issues are being investigated by the Chinese authorities," Johnson concludes.