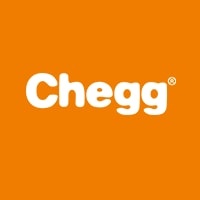 The company reported fourth-quarter earnings per share of $0.55 on sales of $205.7 million, higher than the Streetâs expectations of EPS of $0.51 on sales of $189.68 million. Earnings soared 46% while revenue jumped 51% compared to a year ago.

CHGG saw its subscription base increase from 3.7 million in Q3 to 6.6 million at the end of the quarter.

âWe are incredibly grateful that, even in the midst of the many challenges of the past year, we outperformed all expectations and were able to continue to support students, in record numbers, around the world,â said Dan Rosensweig, CEO & President of Chegg, Inc.

âThe transition to online and hybrid learning is inevitable and, with the accelerated trends that we are seeing, we have the confidence to raise our guidance for 2021.â

On forward-looking guidance, CHGG expects this quarterâs revenue to come between $182 million and $185 million, again higher than the consensus of $176.65 million. Full-year revenue is expected in the region of $780 million to $790 million, topping the previously-announced $775 million. The Street expected full-year revenue guidance of $779.2 million.

Needham & Company analyst Ryan Macdonald reiterated a âBuyâ rating on CHGG stock and raised the price target to $120.00 from the prior $115.00, reflecting âyet another strong quarter in which management delivered a sizable beat against heightened expectations.â

âWhile continued healthy usage throughout the fall semester was expected, the magnitude of the beat was impressive in our view. Looking ahead to FY21, Chegg increased the outlook based primarily on the expectation of strong international subscriber growth as management believes the company will exit 2021 with over 1 million international subscribers. We expect this, combined with Chegg Study Pack-driven ARPU expansion, to sustain 25%+ revenue growth in FY21 and expand its EBITDA margin into the mid-30% range despite a difficult y/y comp. As such, we believe a premium multiple is warranted,â the analyst said in a note.

In a similar manner, KeyBanc analyst Jason Celino raised the PT to $124.00 from the old $120.00 while maintaining a âOverweightâ rating.

âChegg reported a strong 4Q beat, and prudently raised its outlook for 2021 Chegg services, total revenue, and EBITDA guidance. However, the biggest news of the call was around international, which the Company expects to reach 1M subscribers in 2021. We are modestly raising our 2021/2022 estimates, and raising our price target to $124 accordingly. Chegg remains one of our favorite ideas. Buy CHGG,â the analyst wrote in todayâs note.