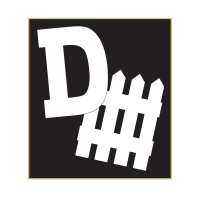 Canaccord Adams is out with a research note reiterating its Buy rating on Research In Motion (Nasdaq: RIMM) following its Q3 earnings warning last night. The firm has a $60 price target on the stock.

The firm calls last night's announcement "slightly negative but largely reflected in the stock." Canaccord notes that it reduced estimates on Research In Motion last month as it felt that the "Bold and Storm launches would be insufficient to offset a very weak October."

After trading down as much 8% in yesterday's after-hours session, shares of Research In Motion have rebounded today. The stock is currently up almost 5% to $39.11.

Analyst sentiment on Research In Motion's warning has been mixed: several have been negative, including Goldman Sachs, which removed RIM from its Conviction Buy List, while others have defended the BlackBerry maker, saying it is a buy on weakness. To see StreetInsider.com's coverage of today's analyst comments on RIM, visit our RIM Analyst Rating page.

Research In Motion Limited engages in the design, manufacture, and marketing of wireless solutions for the mobile communications market worldwide.