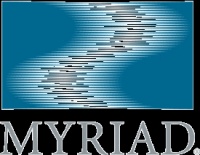 While traders in shares of Myriad Genetics (Nasdaq: MYGN) are clearly betting to the downside following an earlier Supreme Court ruling, several analysts are taking the opposite stance.

The stock plunged almost 9 percent as the US's high court sided with the Mayo Clinic related to two patents for blood tests from Nestle's Prometheus. The ruling is connected to Myriad's ACLU case, as the Prometheus case becomes part of the case law. Although the stock has bounced off session lows, shares remain down about 5.5 percent.

RBC Capital's Michael Yee believes Myriad Genetics would be able to make a "good case" about the novelty and thus potential patent-ability of the BRCA gene. Yee noted the Supreme Court ruling points to a debate over the inventiveness of the claims in question, rather than the usage of natural products.

Elsewhere on the Street, Dougherty's Junaid Husain said he would be a buyer on this afternoon's weakness. The analyst said while the ruling is "tangentially related" to MYGN's ACLU case, he does not expect it to put Myriad's BRACAnalysis business at risk. He noted "management ultimately feels confident on its ability to defend its intellectual assets at the Supreme Court." Even under a worst-case scenario, where all 7 patents being challenged the ACLU are rendered invalid, "the remaining 17 patents, a proprietary database of 15,000 mutations, and other associated trade secrets should protect BRACAnalysis from the competition," the firm notes.

Track all the analyst calls on shares of Myriad Genetics with our Analyst Ratings page.