All Apple (AAPL) Products Lines are Humming Along - Analyst 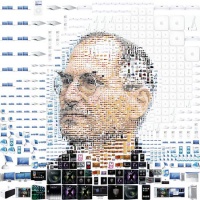 On the iPhone, the firm raised their production forecasts from 14 million units to 18+ million, aided by easing constraints of display panels. Checks show consistent shortage of iPhone 4 inventory at Apple stores and there continues to be a three-week shipping delay from Apple's online store, the firm notes. As a result the firm has increased confidence in its 4QFY10 iPhone unit estimate of 11.6 million, which is up 39% sequentially.

On the iPad, the firm's build forecasts were revised up from 6 million to 7 million, which compares to their iPad shipments estimate of 4.75 million. The firm believes there is upside to the Q4 estimates and CY10 estimates of 13.4 million units, given the strong demand and anticipated production ramp heading into the back-to school and holiday seasons, as well as the high level of interest from business customers as expressed by AT&T.

The firm remains comfortable with their 3 million MacBook shipment estimate for 4QFY10. For desktops, the firm said the quarter is tracking in-line with their 1.05 million units.

The firm reiterated their Positive rating and $365 price target.